7 Spices That Can Normalize Your Blood Sugar Level 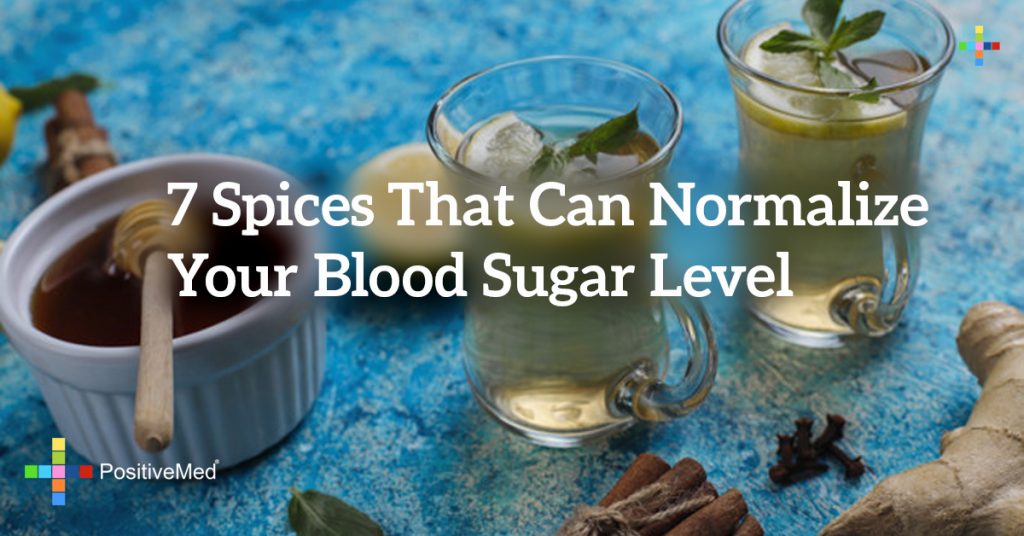 7 Spices That Can Normalize Your Blood Sugar Level

Diabetes has both short-term symptoms and long-term complications. Both are serious in nature. Diabetes is an auto-immune disease that results in high blood sugar levels and insulin resistance. Insulin resistance occurs when the body’s cells can’t adequately use insulin to take in glucose. High blood sugar in the short term can result in headaches and blurry vision, amongst other symptoms. The long-term complications include kidney disease and heart disease.

There are certain home remedies that can both help manage insulin levels and regulate blood sugar. The following are spices that can help do the job:

Cinnamon – Cinnamon is known to improve insulin sensitivity, reduce blood sugar levels, and can help with weight control. There are a variety of tasty ways that you can consume it. You can put it in your tea or coffee, for instance.

At least three clinical studies have been done to test the affects of cinnamon on diabetes. In one study, cinnamon was given in capsules to people with diabetes for 40 days. The results of the study were positive. There were improvements in both the fasting blood sugar and LDL cholesterol in the subjects.

With respect to the dosage of cinnamon that you should take, it is not yet known. You should be careful not to use too much of it straight, as it can be hard on the stomach.

Ginger – Ginger is a common spice in Asian cooking. It has been implicated in improving insulin sensitivity, oxidation, and cholesterol. This research has primarily been done on animals, though. More research needs to be done on humans to determine its effects on diabetes.

Turmeric – Turmeric can be purchased in either powder or root form. It has been used for ages in Asian medicine as a detoxification herb and an anti-inflammatory. So far, no long-term research with this spice has been performed on diabetics. However, the research that has been done shows that it does reduce a lot of the inflammatory signals that are overactive in diabetes. Also, it helps insulin response.

Ginseng – Ginseng can help normalize your blood sugar. It also can help with insulin sensitivity. It has been used for thousands of years in Eastern medicine.

Sage – Sage can be taken in the form of a tea that is very tasty. This tea can help regulate blood sugar and insulin levels. It also can help with liver function.

Green Tea – The polyphenol in green tea is a effective antioxidant. It also can help in regulating the release of blood sugars and control insulin levels. The tea is a great beverage to relax with or to consume before each meal.

Since it may be hard to use these spices every day in your diet, it may be a good idea to combine dietary use with the use of supplements. Right now, you should simply use your discretion with respect to the amount of these spices that you consume or take as a supplement.

Pre-diabetes is a condition where your blood sugar levels are elevated, but they are not elevated enough to have a full-blown diagnosis of diabetes. It is advisable to start a regimen with some of the spices listed above so that you can get control over your blood sugar levels before you cross the line into diabetes. The addition of the spices in your diet in recipes or in the form of tea can be a tasty addition.

While more research is necessary to determine the precise action of these spices on diabetes, there does seem to be enough evidence to start using them as a weapon against the illness. Since they are not toxic, as many drugs can be, there only seems to be an upside to adding them to your diet. Thousands of years of positive experiences with these spices in traditional medicine also shows that there may not only be benefits with respect to diabetes but also with respect to general health.