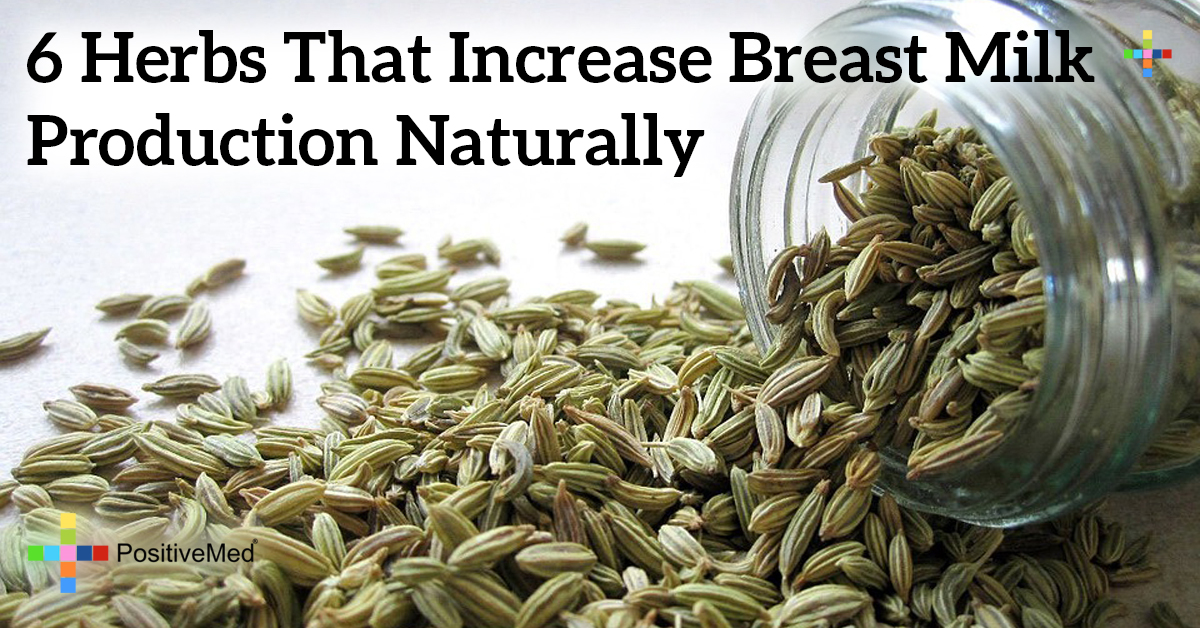 Breastfeeding is a great way for a new mother to bond with her child, and it also offers many health benefits to both the mother and the baby. Though breastfeeding may be a natural process, many new mothers are surprised to learn that it is not entirely trouble-free. In addition to problems with latching on, some women have trouble breast feeding because they have insufficient milk production. Low levels of milk production can be caused by hormonal issues, milk duct size, reactions to medication, or eating large amounts of sage and peppermint. This has been an issue for thousands of years, so there are many tried and tested natural foods that women have used to boost milk production. All of these foods and herbs have been linked to higher levels of milk.

Garlic
Garlic is part of a group of herbs and foods called galactagogues, which contain chemical compounds that result in more milk production. A 1991 study from the journal, Pediatrics, also found that the flavor of garlic is transferred to breast milk, and most babies nurse more vigorously and longer if a mother eats garlic because they appreciate the change in flavor. A mother’s body naturally produces more milk if there is a demand for it, so longer nursing times stimulate the milk ducts to increase production.

Fennel Seeds
Fennel seeds work to increase milk supply by stimulating the letdown reflex that allows a mother to release milk from the nipple. It is also an herb that can soothe the digestion system, and its digestive effects are so strong that they can also prevent babies from having colic. However, fennel seeds can also suppress appetite, so make sure you are still eating enough calories to produce milk. Keep in mind that the milk stimulating effects of fennel primarily come from the seeds, and not the part of the plant that is eaten as a vegetable.

RELATED ARTICLE: The Healthy Drink You Shouldn’t Have If You Are Breastfeeding And No One Told You About!

Cumin seeds are a galactagogue that helps to produce milk by boosting levels of riboflavin within the body. A teaspoon of cumin seeds taken twice a day can be very beneficial. In addition to boosting milk production, cumin seeds can aid digestion and provide iron. The flavor of these seeds works particularly well with Mediterranean and Indian dishes.

Ginger
Like garlic, ginger also encourages babies to nurse harder and stimulate the milk ducts. It also improves blood flow, ensuring that nutrients are carried to the milk ducts and transferred to milk. The benefits of garlic can be received either by steeping the root to make a tea or grating it up and seasoning a meal with it.

Alfalfa
Traditional medication has used alfalfa to lower blood sugar levels and reduce cholesterol while helping to maintain water balances. It is also full of antioxidants and vitamins that can be used to create nourishing milk. When nursing mothers eat this plant, it therefore results in an increased supply of milk. Both the sprouts of alfalfa and supplements that contain alfalfa have been effective at increasing breast milk. However, it is important to avoid alfalfa before childbirth, because it can cause uterine contractions.

Fenugreek
Almost all traditional medical remedies and scientific research studies agree that fenugreek is the best way to stimulate milk production. It helps to boost milk supplies because it has high levels of certain hormones that stimulate mammary glands and help them to increase milk production. Studies recommend that mothers take at least 3500 mg per day to notice an increase in milk supply within just 24 hours.

There are many ways to add these herbs and foods to your diet, and they are generally safe for both you and your child. However, it is important to note that anyone may have an allergy to one of these items, so taking them may have adverse effects if you or your child is allergic to one of the foods. Talk to your doctor about the best methods for adding foods to your diet to increase breast milk production.