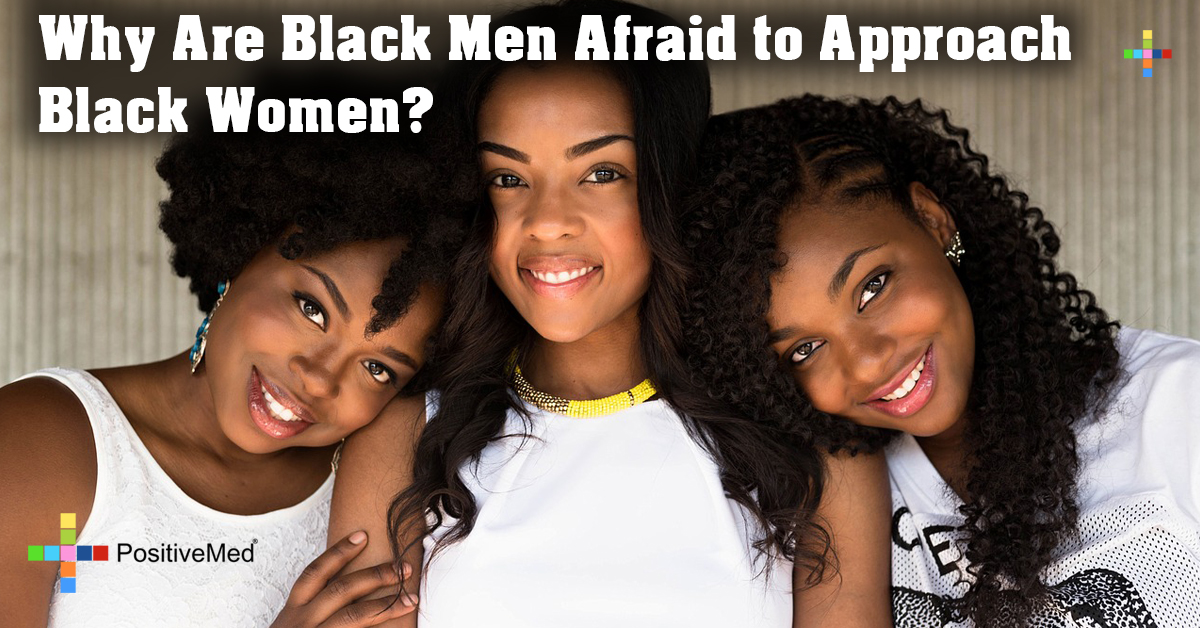 Why Are Black Men Afraid to Approach Black Women?

Dating is difficult. Perhaps the most difficult part about it is approaching someone you are attracted to and starting up a conversation. Fear of rejection can stifle relationships before they even begin. From the male perspective, some black men believe that black women are not as approachable as women from other races.

1. Black Women are All Business

Black men think that black women tend to focus on responsibilities before making time for relaxed activities. Researchers at the National Alliance for Mental Illness note that suppressing emotions is a survival technique that has been handed down to African-American women for generations. This may be where the idea that black women seem less fun-loving than women from other races.

Black men have noted that they do not approach black women in public because these women appear to be more focused on the task at hand and what the day holds than meeting people. Esney M. Sharpe is the founder and CEO of the Bessie Mae Women’s Health Center, and she explains that an attempt to look strong in all situations comes from the days of slavery. She explains that black women are told to be their best and focus on each day, even if that means taking less time to meet new people.

Matthew Lynch writes in his opinion piece, “The Top Ten Reasons Why It’s Hard to Date a Black Woman” that he conducted an informal survey of five black men asking why dating a black woman may be perceived as difficult by some black men. The top ten reasons included that black men perceive that black women make them feel unappreciated, are too aggressive, and no longer take notice of the struggles a black man faces in a white-run America.

RELATED ARTICLE: Tips on How to Approach a Group of Girls
[/nextpage] [nextpage title=”…”]

Some black men have a pervasive idea that because many black women are brought up to act in a more repressed manner, they will be repressed in intimate situations as well. This notion leads many African-American men to feel as if they cannot be spontaneous with an African-American woman.

Men report more often that they can misconstrue a woman’s intentions. Some men believe that just because a woman speaks to them, they may be looking for a relationship. This is the case with any ethnicity. Pearl Cleage, author of “Deals With the Devil: And Other Reasons to Riot,” writes that sexism such as this is often not recognized in the black community.

Some men believe that black women put too much pressure on black men to get married. There is ample reasoning for a black woman to want to marry. The 2009 Census Bureau reported that 70.5 percent of black women between the ages of 25 and 29 were unmarried. Research often shows that African-American women with college degrees have significant trouble in finding a man of a similar background to marry.
[/nextpage]