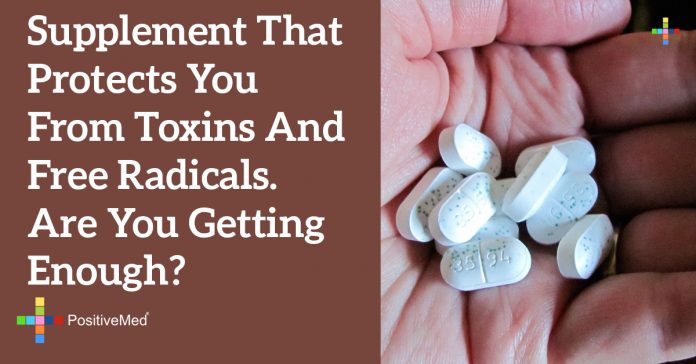 In every hospital, there’s a supply of a certain kind of medication that can serve as an antidote to certain poisons, a kidney detoxifier, a remedy for addiction and mental illness, and even relief for multiple flu strains. It’s called N-acetyl cysteine, and it’s an inexpensive, safe drug that you can buy over-the-counter. In scientific terms, N-acetyl cysteine (or NAC) is an amino acid derivative that contains both sulfur and cysteine. It helps to boost glutathione production in the body, making it a key in protecting you from toxins and free radicals.

What is NAC used for?

Hospitals keep supplies of NAC on hand for cases of Tylenol or Vicodin overdose, as it works as an antidote to acetaminophen poisoning. It’s also able to counteract the toxic effects of contrast agents (used in medical photography and testing) on the kidneys. For the past several decades, it has also been used to help manage symptoms of diseases such as cystic fibrosis.

Until very recently, the wider positive effects of NAC were never explored. However, doctors and scientists are learning that it has many other uses beyond its current ones, and are conducting tests to see where else it can help patients.

One of the most exciting discoveries about NAC is its effect on influenza. Recent studies have shown that compounds containing NAC have managed to prevent against many lethal flu strains, making it even more effective than many branded flu medications on the market. This is especially promising for older patients, for whom contracting influenza can be fatal.

RELATED ARTICLE: This Juicing Method Removes All Toxins, Fat and Excess Water From the Body in 3 Days

NAC for Mental Disorders and Addiction

Recent studies have been conducted to test the usefulness of NAC against both OCD behavior and addiction. In the case of the latter, 600 mg a day has been shown to reduce cravings. And 1,200-1,400 mg taken daily has been seen to halt OCD behavior entirely. By extension, this has also been proven to reduce extreme gambling tendencies.

Women with polycystic ovary syndrome, or PCOS, have also found relief thanks to NAC. Test subjects who took 1,800 mg of NAC daily for six weeks had more frequent monthly periods, lost weight, and saw a healthy decrease in blood sugar and cholesterol.

The positive health effects of N-acetyl cysteine are numerous, and more are being discovered constantly as doctors conduct more and more tests. Fortunately for us, it is easy to find and take.

How to Take NAC

The recommended daily dose of NAC for adults across the board is 500-600 mg per day throughout the year, though athletes might benefit from double this. You can, however, increase the dosage during cold and flu season. Women taking NAC for PCOS may find an increased dosage helpful as well. Check with a doctor before giving NAC to children in any dosage.

There are also several foods that contain cysteine, the amino acid NAC converts into, if you would prefer not to take a supplement. Cysteine is present in animal proteins such as chicken, duck, pork, turkey, and lunch meats. It’s also contained in cottage cheese, eggs, and yogurt.

Whether you choose to take a supplement or add it into your diet, regular intake of NAC can improve your quality of life, ease symptoms of existing conditions, and maybe even make flu season a little more bearable this year.