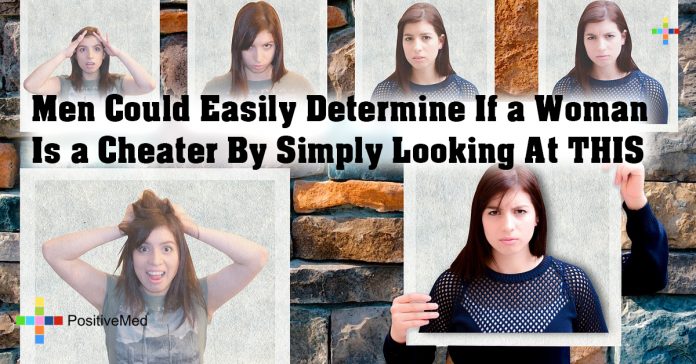 Do you think it is possible for men to tell if a woman is likely to be a cheater just by looking at a simple photo of her? It is no secret that in today’s society, men are assumed to be more intuitive when it comes to accurately judging a person’s character. Think back to a time when you might have been curious about a person that you saw as a potential dating partner. What did you look for in pictures of him or her? A welcoming look? Someone who was trustworthy? Good looks in general? We all have different tastes in a partner and are looking for unique traits, but I think it is safe to say that none of us go looking for a partner who is likely to cheat on us.

Based on a recent study, researchers found that men could likely judge whether a woman was a cheater based on her photos. While the research only showed that they were accurate 55 to 59 percent of the time, this statistic was still shown as a mentionable finding. They also looked at this study from the angle of evolution. Could men be weeding out traits that are tell-tale signs of cheating, in order to be more successful in life?

Body language in a picture can speak volumes. Is the woman in the photo putting herself out there too much? By this, I mean is she dressed modestly or is she showing more skin than is tasteful for the public to see? Is her makeup and hair overly done in a way that gives the message of desperately trying to attract the attention of the opposite $ex? A person’s eyes tell much about who they are as well.

Have you ever heard the phrase that someone had “the light” in their eyes? You can probably look at a photo and tell if a person’s smile is genuine or not based on whether the outer corners of the eyes are creased or not. Psychologists say that a genuine smile comes from deep within, resulting in crinkled eyes, and sometimes even a crinkled nose if the smile is on the verge of a laugh.

Generally, a person who is happy and at ease will exhibit a genuine smile. In contrast, a person who has something to hide will probably fake a smile that only reaches the mouth area and not the eyes.

RELATED ARTICLE: Is Your Partner Financially Cheating on You?

In my former group of friends, there was one girl who always fit this idea of a cheating woman in photos. While the rest of the group looked at ease and natural in photos, she always tried to steal the spotlight by posing with her hand on her hip, wearing more provocative clothing, hair, and makeup. Usually, you could see the difference in our smiles as well. Her smile was forced, based on her ulterior motive to attract male attention, while our smiles were genuine, communicating that we were happy to be in the moment.

It seems that men are becoming increasingly skilled in pointing out the sure signs of a cheating woman. This seems to be a positive skill to possess in today’s society with unlimited access to photos and information.