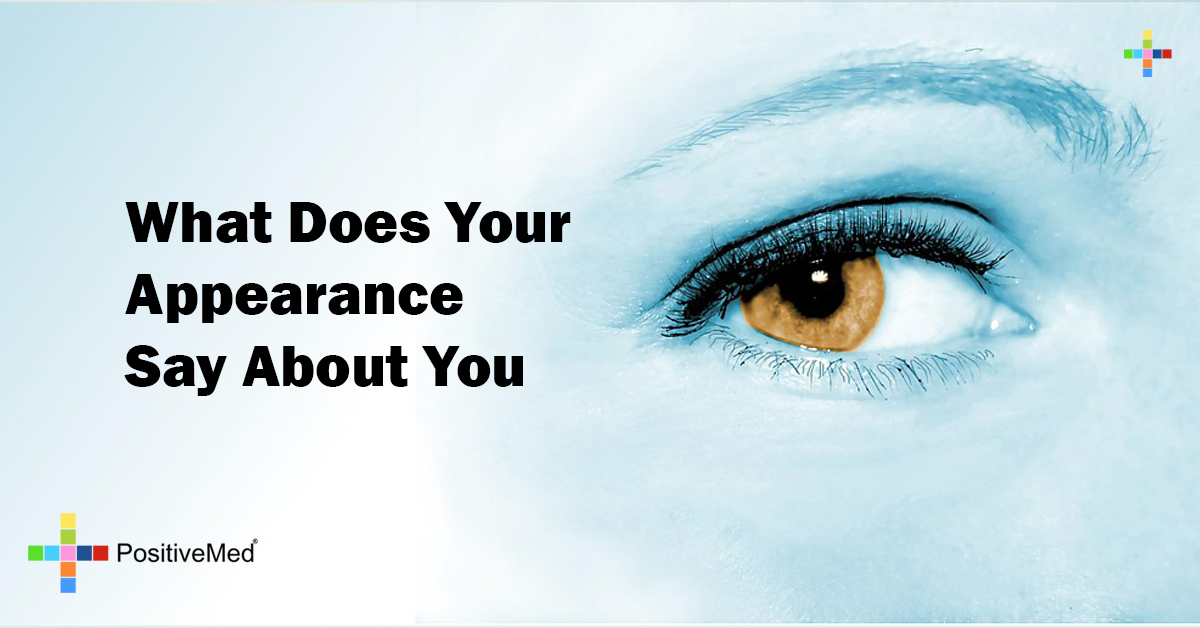 What Does Your Appearance Say About You

Humans are visual creatures. Science 2.0 describes seeing as a photo-electrical process where images are channeled to the brain. Perceiving, however, is our brain’s attempt to interpret those images. The human brain is capable of receiving and processing visual information at alarming rates of speed. We are instinctively conditioned to make quick decisions based on that visual data. Furthermore, these images can illicit a very strong emotional response that can ultimately lead to judgements about whatever we see.

Some examples of snap emotional decisions or quick psychological judgements could be feelings of:

• Fear – I’m walking on the other side of the street because they look intimidating with all their tattoos and piercings.
• Love? – She is wearing black so she’s probably depressed.
• Envy – I’m not going to be her friend because all of the guys in the office think she’s beautiful.
• Contempt – He looks like a total loser the way he slouches all the time.

Armed with this information, what would other people think about you? Do your eyes scream out that you are trustworthy? Studies have indicated that brown eyed people, regardless of gender are found to be more trustworthy than their fair eyed counterparts. But what about the clothes you wear? Would it help to know that the kinds of clothes you wear directly project how you are feeling? For instance, research suggests that when you wear baggy clothes or jeans instead of slacks it could indicate depression. Beware that others will pick up on these signals as well.

Perhaps shocking, but nonetheless recent studies have confirmed that people do indeed make judgements based on clothing. Psychological dimensions rated in the tests included: confidence, success, trustworthiness, salary and even flexibility. The findings indicated that first impressions are heavily influenced by apparel choice, but also that subsequent meetings afterwards can be influenced with minor changes. In other words, you can either improve or worsen some relationships simply by changing your apparel.

Researchers are constantly learning about the brain and its higher functions. What is known so far is that visual stimuli are extraordinarily important to our personal feelings about the outside world. The clothes you wear and your eye color are one of the very first things people notice about you. What does your appearance say about you?