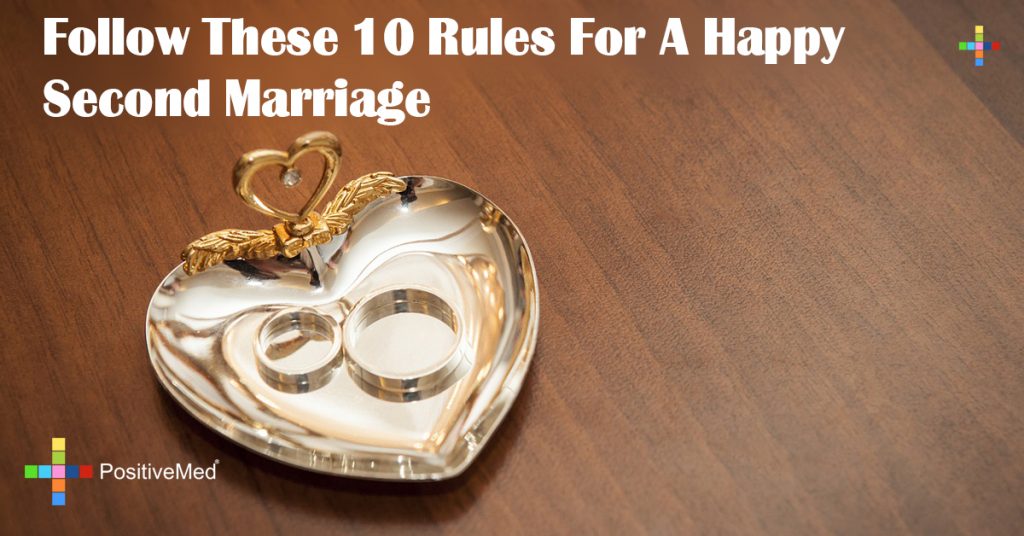 1. Know what went wrong last time. You probably have a pretty good idea of where things fell apart in your first marriage and you can’t put all the blame on your former spouse. Look for the things you could have done better, too, and then put those things into practice with your new marriage.

2. Don’t try to change your spouse. As you probably already learned the first time around, people aren’t going to change just because you’ve married them. This time, don’t try! Enjoy and love your spouse as they are rather than trying to change them into someone they never wanted to be.

3. Stand united. You may already have children coming into your second marriage. Your spouse may have them, too. Combining your families is a challenge which makes it more important than ever before that you stand together. A united front will keep your household running much more smoothly.

4. Communicate. What one of the first places marriages break down is over communication. When you talk regularly about all the important things, from major events in your lives to finances, to child rearing, you’ll discover that your marriage runs much smoother.

5. Learn how to solve problems. Strong relationships aren’t built by couples who never disagree. Instead, they’re solved by people who know how to work as a team to find solutions. Develop your conflict resolution skills and find ways to work it out together instead of giving up on each other.

6. Commit. Committing to one another is hard. You’ve already seen one failed marriage. You might be terrified that this one will end the same way. Commit to sticking it out. Divorce shouldn’t be a threat you use to solve an argument. In fact, it shouldn’t even be on the table. Instead, commit to keeping your marriage vows and sticking it out through the hard times.

7. Leave the baggage behind. From the house purchased in your first marriage to the issues that came along with your marriage, try to leave your baggage out of your new marriage. Your new spouse is a completely different person, and they deserve to be treated like it!

8. Agree on religion. That’s not to say that you have to be highly religious though studies show a higher level of satisfaction in marriages where religion is a priority. Instead, make sure you agree on this and on the other “big stuff”-before you enter into marriage together. If you’re divided on the fundamental issues, it can be a lot harder to make things work!

9. Look for little ways to love each other. Marriage isn’t just in the grand gestures: the big, expensive gestures or the huge romantic moments. You’ll find the most satisfaction in one another when you embrace small opportunities to care for one another: starting your spouse’s coffee in the morning, bringing home a small memento that reminded you of them, or those little, loving rituals between couples that take on greater meaning over time.

10. Practice patience. Building a strong, committed marriage is hard enough when it’s just the two of you in the picture. It’s even harder when you come along with kids, exes, and baggage. Commit to being patient with one another and letting things work themselves out as you develop your marriage.

Making a marriage work is well worth the time, energy, and effort that goes into it. When you follow these principles, you’ll be able to watch your marriage grow and thrive. A healthy marriage will enhance your lives more than you ever thought possible.

PrevPreviousA Powerful Cancer-Fighting Treatment The Pharmaceutical Companies Don’t Want You To Know About
NextLose Weight Before Getting Out Of Bed With These Yoga Moves!Next