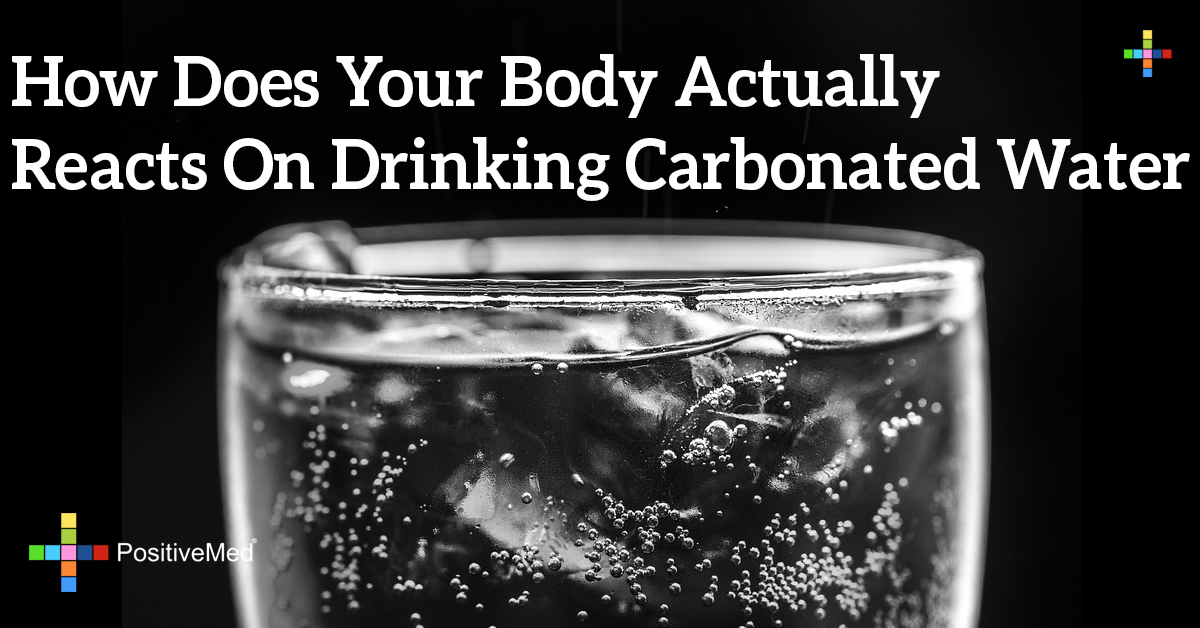 How Does Your Body Actually Reacts On Drinking Carbonated Water

Commonly considered to be a healthier alternative to soda and other sugary drinks, carbonated water is simply water in which carbon dioxide under pressure has been dissolved. It also goes by the names club soda, soda water, sparkling water, fizzy water, and seltzer water.

It may look and sound fancy, but the only difference between carbonated water and regular/tap water is that the addition of carbon dioxide to the carbonated water creates fizzy bubbles that give the drink a little extra “kick”. Basically, it’s a great-tasting, low-calorie treat with far less health implications than soda and other carbonated beverages that are packed full of harmful added ingredients like sugars, acids, and salt.

Is Drinking Carbonated Water Bad or Good For Health?

Agreed upon by health experts from all over the world, there are no negative health effects of drinking plain carbonated water. It will not cause you to gain weight, though it is worth nothing that some (not all) contain flavor enhancers with additives such as sodium and natural and artificial flavors, and so therefore could contain hidden calories. It is important to always read the label for a complete ingredient list.

RELATED ARTICLE: See How Your Face Changes After 1 Month Of Drinking ENOUGH Water

If you grow bored with plain carbonated water and want to add flavor without sacrificing the health content, try mixing things up by adding combinations of fresh fruits and herbs, cucumbers, and honey. Try different fusions until you find just the right blend of flavors.

Rarely is a drink tasty and loaded with health benefits, but carbonated water is both. According to www.Time.com, it is also capable of providing the same amount of hydration as regular water, so it can support a healthy lifestyle. It is perfectly safe to drink 64 ounces per day, or eight 8-ounce cups, just as is the recommended daily amount of regular/tap water.

In recent years, the bubbly water has been accused of causing tooth decay. A study found on www.healthline.com debunks that myth, however, and shows that consumption of plain soda water without any added citric acid or sugar does not contribute to the unfortunate oral condition. The process of carbonation to the water does not increase your risk of tooth decay. It is the sugars, acids, and salt that are added to sodas and other carbonated drinks that absorb the calcium from your teeth and cause decay.

The most obvious benefit is all the calories and sugar you will save yourself from consuming by choosing carbonated water over sodas or other sugary-sweet drinks. Switching to seltzer is a smart choice for anyone, and can be taught to children early in order to encourage healthy habits in the future generation. Making the change from soda to carbonated water is easy for many people, since the carbonation of the water works to satisfy the palette of those who enjoy regularly consuming carbonated drinks.

Carbonated water is simply water in which air has been added. Like regular water, it can be used as the body’s primary source of hydration. Plain carbonated water contains no calories or sugar and therefore will not cause weight gain. Some variations contain flavor-enhancing additives that could contain hidden calories, but it still remains a healthier alternative to sodas and other carbonated drinks containing various added ingredients.