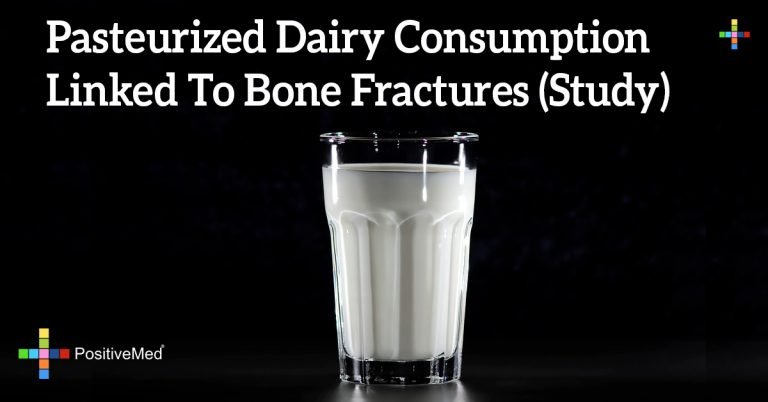 For decades, doctors, nutritionists, and government nutrition guidelines have urged people of all ages to consume plenty of dairies, particularly cow’s milk, at least, three glasses per day. Their rationale is that it is a rich source of calcium, and will, therefore, support bone health. However, more recently, a significant number of scientific studies have been reporting that consumption of dairy does not offer any protection against bone fractures, and in fact, it seems to increase the risk of bone fractures and death. 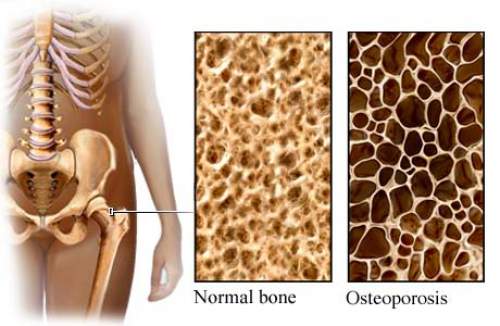 Inflammation
In addition to measuring mortality and fractures, the authors of the BMJ study also measured urine 8-iso-PGF2α and serum interleukin 6 and found that milk consumption was linked to elevations in both markers. Elevated urine PGF2α indicates the person is under significant oxidative stress, and elevated serum interleukin 6 is a marker of inflammation. Milk sugars (galactose and lactose) have been shown to induce inflammation and oxidative stress in animal models, and intake of milk sugars (at a dose equivalent to one glass of milk for an adult human) is commonly used to produce accelerated aging in mice. Chronic inflammation is thought to be an underlying cause of both arteriosclerosis and osteoporosis. Dairy consumption-inducing chronic inflammation explains the findings of the BMJ study. Epidemiological studies consistently show that countries that habitually consume dairy have much higher rates of osteoporosis and heart disease than non-dairy-consuming countries.

Is Milk Good for Young Children?
Consumption of cow’s milk during the first year of life is not recommended because it causes the lining of the gut to bleed, often leading to iron-deficient anemia. Infants and toddlers fed large amounts of cow’s milk consume excessive amounts of minerals and protein, which have to be excreted via the kidneys, stressing them and rendering the child at risk of dehydration due to excessive production of urine. Consumption of cow’s milk during early childhood stimulates rapid, unnatural growth of toddlers due to the growth factors it contains, in particular, IGF-I. This excessive growth may predispose the child to develop obesity and type II diabetes later in life. It is clear that infants should be breastfed or fed dairy-free formula, and toddlers should not consume cow’s milk.

Is Milk Good for Adolescents?

It is unclear if milk and dairy consumption by older children and adolescents is helpful, harmful, or benign. One study reported that adolescents who consumed a lot of dairies tended to be overweight, and it is well-known that dairy consumption aggravates acne. Consumption of sufficient calcium during adolescence does lead to a higher bone mass in adults, but it is unclear if calcium derived primarily from milk has the same effect. The many epidemiological studies showing that countries that habitually consume a lot of dairies have much higher rates of osteoporosis suggest that milk and dairy consumption during adolescence may not be protective against osteoporosis.

In a commentary published in BMJ, an expert pointed out that none of the studies showing adverse effects of milk and dairy had made any effort to distinguish between consumption of raw milk from grass-fed cows and consumption of pasteurized milk. Pasteurization of milk was only invented in the late 1800s, and before the 1940s, most people consumed raw milk and dairy products made from raw milk. The obesity/diabetes epidemic began about 40 years later when the first children reared on pasteurized milk reached middle-age. The incidence of hip fractures increased 25% between 1990 and 2000, as this cohort aged. Clearly, there are other factors involved in these trends, but it is possible that the change from raw to pasteurized milk is a strong contributing factor.

What Happens During Pasteurization
Raw milk differs from pasteurized milk in many ways. The first difference is that cows that produce raw milk are grass-fed and graze outside in sunlight while most pasteurized milk comes from big milk factories that keep the cows indoors, feed the cows primarily on grain, and often use hormones to induce excessive milk production. Due to these differences, the nutritional content of the starting product is very different. Milk from grass-fed cows has a different, much healthier fatty acid and nutritional profile. Next, the inferior milk from grain-fed cows is subjected to the pasteurization process, which involves heating the milk. This dramatically reduces the nutritional content of the milk, reducing levels of many minerals and vitamins, and alters the structure of the proteins and milk sugars.

Raw Milk and Inflammation
Many users of raw milk report that it does not seem to induce inflammation the way that pasteurized milk does. For example, many people feel fatigued and experience bouts of acne, both signs of inflammation, when they consume pasteurized dairy but not when they consume raw milk. In addition, a study conducted in Europe demonstrated that children raised on raw milk had much lower rates of various inflammation-mediated conditions, such as allergies and asthma than children raised on pasteurized milk.

Conclusion
Consumption of pasteurized milk has been definitely shown to induce chronic inflammation, leading to the development of osteoporosis, heart disease, and possibly other chronic late-life conditions. Although no one has definitely shown that raw milk consumption is not linked to the development of arteriosclerosis and osteoporosis, its reduced inflammatory potential strongly suggests that it does not have the same disease-causing properties.