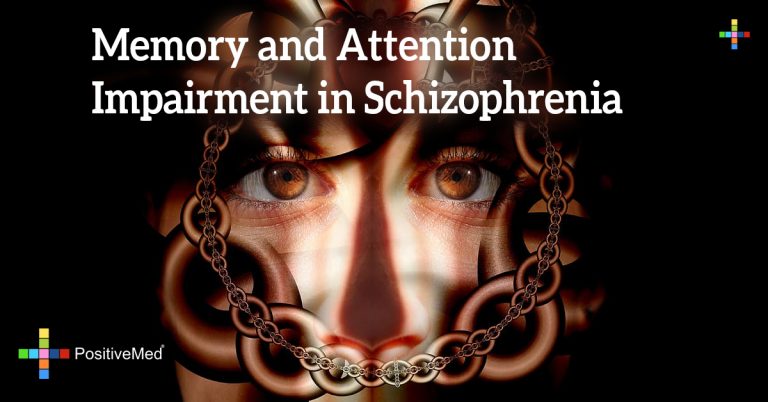 Memory and Attention Impairment in Schizophrenia
By: Andres Carvajal
Edited By: Stephanie Dawson

Schizophrenia is a complex disease that is not well understood, its a challenge for any psychiatrist, psychologist, or researcher because of the evolution of this condition. All attention has been directed towards understanding the positive symptoms of schizophrenia, which are the most noticeable and the most difficult to overcome. Positive symptoms are hallucinations, delirium, thought and speech impairment or disorganization, negative symptoms are more related to emotional apathy or emotional and cognitive distortions.

Cognitive deficits in schizophrenia are one of the most noticeable effects in people who suffer from this condition. Attention deficit and memory impairment are two of the more relevant and characteristic signs of people with schizophrenia. One of the most common complaints is the inability to focus, on some occasions leading to difficulties in handling a job, school, or normal family life. There are some contradictory findings in short term memory effects of schizophrenia, some studies show visual and verbal memory impairment. Specifically there is memory impairment in autobiographical and declarative memory(the memory related with recalling in a coherent and significant way events that have been occurred, related to self).

Some executive impairment in frontal lobe has been shown, the inability to plan and organize actions, ability to inhibit undesirable responses, moral judgment capacity, and inability to persist in a task. Young adults are one group affected by this condition which can lead to college and university problems, often a decrease in academic performance is evident. There are specialized neuropsychological training ran by psychologists to improve memory, verbal memory, or working memory for any cognitive impairment, aimed at reestablishing the cognitive base line of any person, not to increase intelligence.

A good percentage of people with schizophrenia exhibit metabolic alterations. These alterations can be weight gain, arterial hypertension, hyperglycemia, or increase in total cholesterol and triglycerides. These alterations occur before medication regimes, some antipsychotic medication will make this worse. This is called metabolic syndrome, some studies suggest a link between obesity, high blood pressure, and cognitive deficits in schizophrenia. Cognitive deficits are considered as heritable factors in this condition, since it has been demonstrated in studies with relatives. The onset of these conditions, increased glucose in the body, or increased body fat, is determined by genetics, still depending on lifestyle choices of diet and exercise.

For people with schizophrenia control of obesity lies with exercise and low calorie diets. Healthy practices like exercise, yoga, meditation, and medications that control blood pressure can be beneficial for reversing cognitive effects of schizophrenia and the cardiovascular risk that underlies metabolic syndrome.