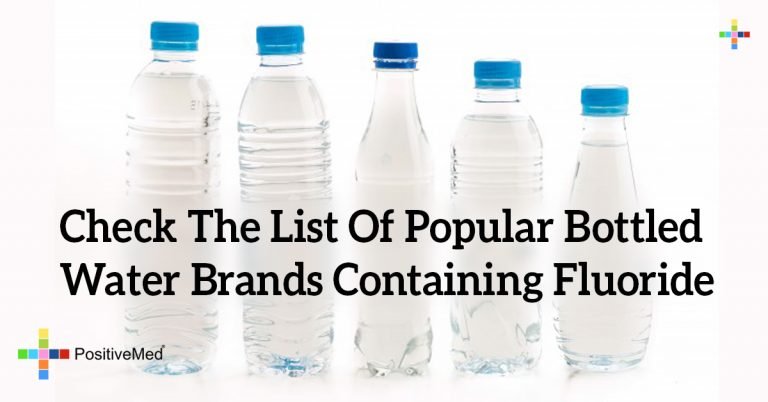 Fluoride is a naturally occurring mineral, found in our bodies, water, and food. Although it’s most known for being added to our water supplies, there are also traces of it in natural bodies of water. Fluoride is used in dental products and added to public water supplies because it’s a very cheap, effective way to lower the amount of cavities the population experiences. It’s also sometimes used to treat osteoporosis.

Although some people are afraid of fluoride, thinking it’s poisonous, harmful, or even a mind-control conspiracy, the evidence says that fluoride is perfectly safe in the amounts that people usually consume it in. As with many compounds, including water, caffeine, and vitamin A, fluoride may kill you in large amounts but is helpful or even necessary in small amounts. 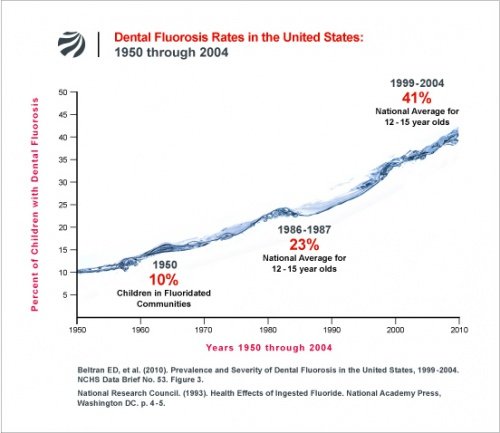 It’s true that fluoride can kill you. But, only in very large doses. The recommended daily limit for adult fluoride consumption is 10 mg. The lethal dose is 5 to 10 g, which is 500 to 1000 times more than the recommended upper limit. It’s also noteworthy that 3 liters of municipal fluoridated water, which is the recommended daily intake for the average adult, will only contain 2.433 mg. You can drink 10 liters, or 42 cups, of fluoridated water in a day before you start to run the risk of adverse effects.

However, if you drank 42 cups of water, the water intoxication would kill you far before the fluoride did anything at all to you. You would have to drink at least 206 cups of fluoridated water in one day before you reached the lethal dose. To sum this all up, it is essentially impossible to consume enough fluoride through water to experience adverse effects.

Cases of fluoride poisoning have been reported, but these cases are generally due to consuming fluoride-based insecticides and rat poisons. If you’re not the kind of person that eats rat poison on a regular basis, then you’re most likely safe from fluoride poisoning.

In some developing countries, including India, China, Uzbekistan, and Ethiopia, some towns have water supplies with naturally-occurring unsafe levels of fluoride. This happens when the water supply flows over granite rocks, and the fluoride in the rocks dissolves away into the water. These areas of the world may experience adverse health effects from fluoride, and their water supplies may need to be de-fluoridated. However, these towns are outliers. The vast majority of the world’s water supplies do not contain enough fluoride to harm you.

RELATED ARTICLE: Why You Should Avoid Drinking Warm Water

Many countries, including the United States, choose to add fluoride to their public water to prevent tooth decay. This works because the fluoride incorporates itself into the tooth enamel, repairing microscopic damage. It only costs about $1 per person per year, yet prevents at least 40% of cavities. On the other hand, it can cost hundreds of dollars to have a cavity repaired by a dentist. Fluoride is a very cost-effective solution to the problem of dental cavities, and there is no evidence to suggest that fluoridated water supplies are harmful.

Bottled water often contains fluoride as well. Most well-known brands, such as Alhambra, Arrowhead, Mount Olympus, Puritan Springs, Shenandoah, and many others, contain fluoride. But, as with fluoridated tap water, fluoride from bottled water cannot harm you. 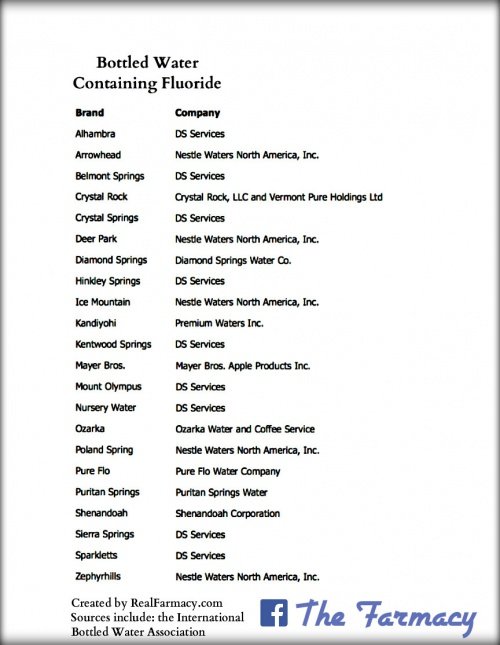 There is no evidence that normal amounts of fluoride, such as in water or toothpaste, causes brain damage or any other health concern. Although fearmongerers may try to convince you that fluoride is the devil, the fact remains that it is an essentially harmless mineral that can save your family thousands of dollars every year on dental care.