PositiveMed The Positive Side of Medicine
Home Health and Food Dangerous foods You Will Think Twice About Drinking Red Bull After Reading This! 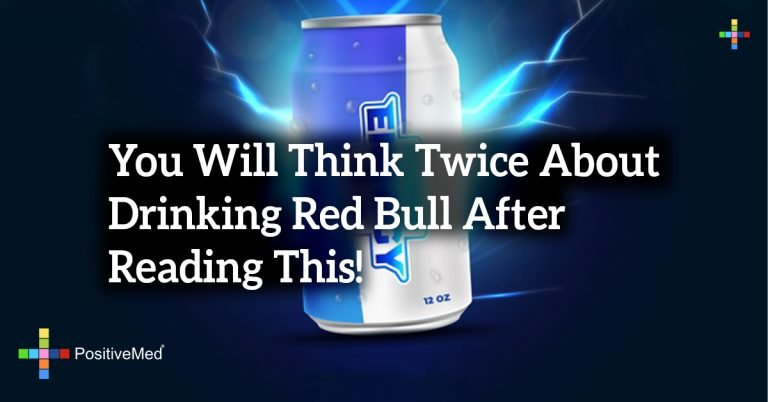 You Will Think Twice About Drinking Red Bull After Reading This!

Who wouldn’t benefit from an energy boost? Whether it’s due to demands at work or relentless hours of studying, by the time afternoon rolls around, you have probably run out of steam. Enter Red Bull and after a few sips, you feel like the Energizer Bunny. Here we are aiming to help you think twice about drinking red bull.

Energy drinks have come under fire as being downright dangerous. Red Bull, in particular, has been under scrutiny due to potential health risks associated with overuse. According to the World Health Organization, energy drinks like Red Bull offer no health benefits, but do pose serious health risks such as heart palpitations, convulsions, hypertension and even death due to excessive levels of caffeine. What’s even worse is that many people mix Red Bull with alcohol and this can make is difficult for people to realize they have reached a cut-off point. Combining a stimulant and depressant can be a deadly combination.

RELATED ARTICLE:  Do You Know What’s in Your Energy Drinks?

Although most people will admit to caffeine consumption, it is in low doses and has no ill effects. When energy drinks such as Red Bull as consumed, especially by younger people, the risks of increased double fold. There have been endless reports of teenagers going into cardiac arrest after drinking Red Bull. With such side effects like weight gain due to the sugar content and insomnia due to the high caffeine content, excessive consumption of this energy drink is toxic for a healthy lifestyle.

Unfortunately many consumers do not realize that when Red Bull is consumed, it transforms our blood into a sticky consistency which mimics that of a person with CAD (cardiovascular disease). Needless to say, it isn’t a pretty picture. This, in turn, increases the chance of having a heart attack or stroke.

With all of the bad press, it’s received, along with the major medical mishaps after excessive consumption of Red Bull, has been banned in several countries including Denmark, Norway and Uruguay. Other countries have imposed an age limit citing people under 16 years old are not permitted purchase this powerhouse of a drink.

There are several natural remedies that can get you the energy boost you need without the health risks like, green tea,  superfoods, vitamin B,  ginseng, and almonds  so the next time your batteries need a recharge, get up and take a brisk stroll to get your blood pumping. Eating a heart-healthy diet and eliminating unnecessary sugar (except in times of emergencies), will help keep you energized and ready to face whatever comes your way.