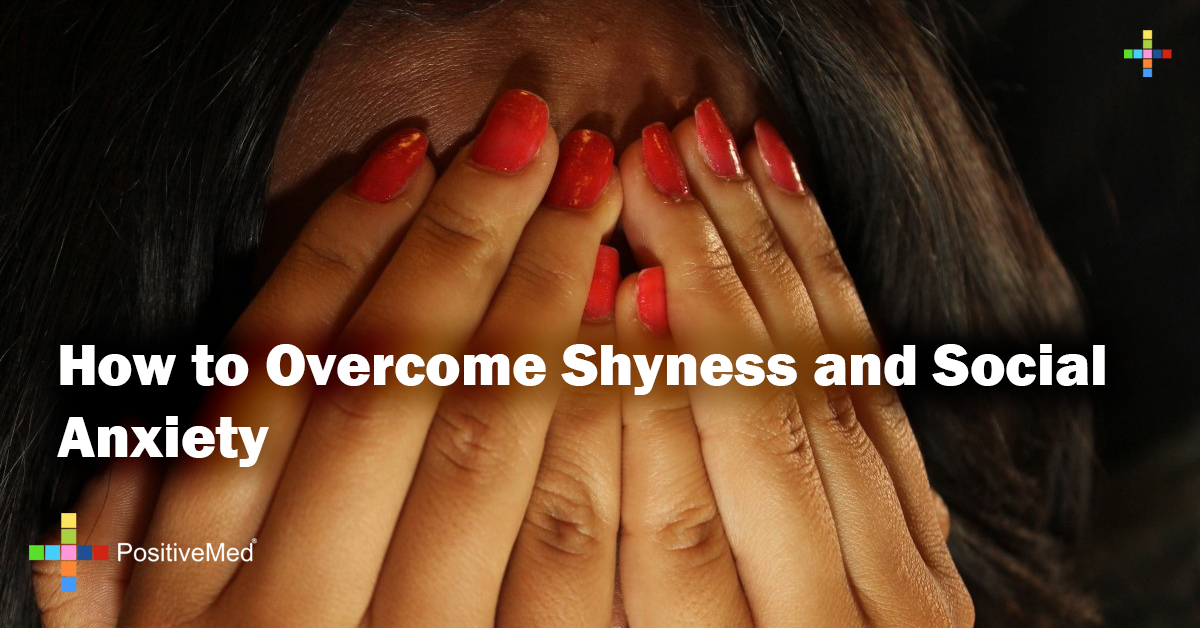 How to Overcome Shyness and Social Anxiety

Shyness refers to the awkwardness, anxiety, or unease felt by some people when interacting with others, especially unknown people. Often shy people want to interact with others but don’t know how to initiate a conversation or keep it going. Those who are very shy show symptoms like sweating, shaking, blushing, a pounding heart, or upset stomach when they meet new people. They have a tendency to avoid social interactions and often worry about how others perceive them.
Usually shy people feel shy occasionally, however those who are severely shy feel problems while interacting even if they want to interact. This can lead to problems with relationships and at work.

Basically introverts are energized by being alone and their energy is drained when they are surrounded by people. They are more concerned with their own world. They find their inner mind interesting and are usually busy with their own thoughts. They love to explore things and avoid social networking as it drains their energy. This does not mean that they will not have conversations, but they usually talk of ideas and concepts instead of small talk.

Louis A Schmidt, director of the Child Emotion Laboratory at McMaster University says, “Though in popular media they’re often viewed as the same, we know in the scientific community that, conceptually or empirically, they’re unrelated.”

A study conducted on 947 college students found that there are few connections between being shy and being introverted. It is not necessary that if you are shy, you don’t want to be with other people and vice versa. Per some introverts, they are not afraid of interacting with people, they do not like to. Shy people fear social interaction but deep inside they actually want to interact and be part of society.

To reiterate, introversion and shyness are two types of personality traits and should not be considered the same. Introversion comes from Myers-Briggs personality tests and includes being alone at will and indulgence in solo activities like reading and writing, they feel energized by solitude. Shyness refers to fear and unease felt by a person when being social. They are uncomfortable in new situations and meeting new people.

Shyness can lead to many problems in life and degrade your relationships with other people.

Here are some tips to help you shake your shyness:

• Control your insecure thoughts and fear
Shy people have many worries and it’s important to eliminate them. Fight your fears and try talking to people about themselves. You will find that people love talking about themselves.

Start small by commenting on something around you, like the weather. Don’t be doubtful or think too much. If you have doubts talk about it.

• Don’t go blank
Always say hello to a person you meet, the conversation can go on from there. You can always be kind to others.

• Don’t fear rejection
Fear of rejection is a fictional fear. Don’t think too much whether your idea will be accepted or not. If they have rejected your idea, you can still follow the valid points of your idea. Everyone has their own perception.

• Try and build your confidence
The idea of being confident can help you overcome your insecurities and fears. Feel confident and you will be able to behave properly.

• Expose yourself to situations that make you feel shy
It is uncomfortable to face your fears, but once you get used to a situation that makes you uncomfortable, you will get over the shyness. You will learn how to react in any situation and deal with it.