PositiveMed The Positive Side of Medicine
Home Lifestyle Relationship 7 Dating Deal Breakers and Red Flags to Run From! 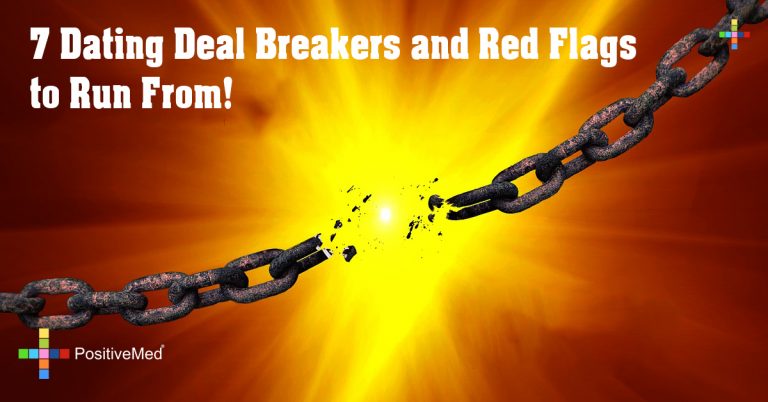 7 Dating Deal Breakers and Red Flags to Run From!

Everyone has had that one boyfriend or girlfriend. The one that drank a little too much or the one who was a little too controlling, and they didn’t break it off in time. Ignoring red flags can be a serious degradation to any potential relationship – and no one deserves to be with someone who treats them for less than what they really are.

If the “ex” comes into the conversation too early in the relationship, it can be an issue. Unless it’s to point out a good reason for breaking off the relationship – and it only happens once – put this relationship in the bag. Carrying that kind of talk into a new relationship is a recipe for disaster.

No, this is not a reference to the song of that name. If they are rude to anyone and everyone but you, it might be a sign that they will be rude to you one day. Spotting this is as easy as listening to what they say on the first date to a waitress or waiter.

If they’re hiding their phone every time it rings, consider looking them up on social media and looking at recent pictures. If pictures show up from other dates, or they simply can’t control themselves when with you, cut it. Immediately.

A drink with dinner – fine. One single drink. However, if they’re going for the fifth or sixth refill, it’s time to cut them loose. Not only will they most likely not remember anything you tell them the next morning, but it might be a sign of a serious addicition.

RELATED ARTICLE: 6 THINGS YOU SHOULD LOOK FOR IN A MAN BEFORE YOU DATE HIM

If the date is giving you critism – and it’s not constructive – consider cutting it off. The situation is dire and needs to be stopped when even you start to think or say that they are always right and you are always wrong. You don’t deserve that.

If they cannot apologize and mean it, maybe it’s time to let them go. Apologizing in its most basic form is letting go of an ego and admitting that maybe you did say or do something wrong. If they’re not willing to apologize long after you have, or they don’t mean it and continue to do it, it’s not worth the trouble.

Red Flag 7: You Plan Everything

Does your date pass off all the planning to you? If so, consider cutting your relationship. Chances are, if this is the case, your date has no initiative or doesn’t trust themselves to make these kinds of decisions. If they show no interest in calling up a restaurant or looking up cheaper ideas for a date and bouncing them off you, stop the relationship.