PositiveMed The Positive Side of Medicine
Home all positive experiences weight loss Start Reducing Belly Fat by Drinking This Before You Go to Bed! 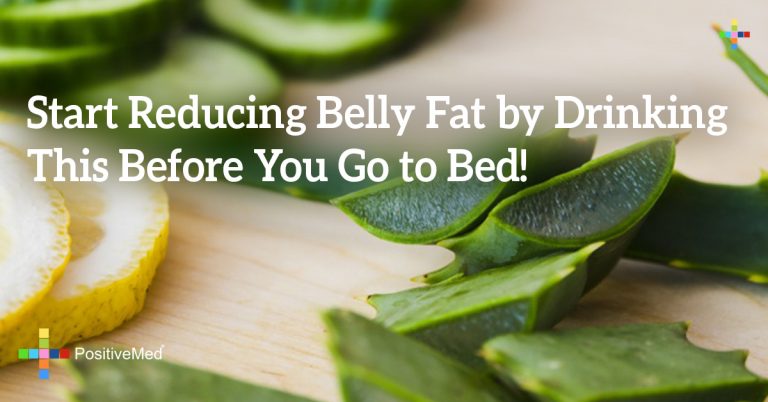 Start Reducing Belly Fat by Drinking This Before You Go to Bed!

Reducing belly fat can prove a difficult task. Many slimming tricks and routines end unsuccessfully, leaving those who attempt them vastly disappointed. However, with a better idea of how the metabolism functions, anyone stands a better chance of making those extra inches disappear.

Metabolism is described by the Webster dictionary as “the chemical and physical processes continuously going on in living organisms.” Unfortunately, these continual processes take place at a much slower rate in some than in others. Metabolic rate is affected by age, gender, and muscle mass. The metabolism works fastest during periods of spontaneous growth, such as during infancy or adolescence.

Additionally, because men generally have a naturally higher ratio of muscle to fat, their metabolisms are often faster than those of women. One simple way to speed up the metabolism and eliminate belly fat regardless of age or gender is to consume a drink crafted from the following revitalizing ingredients.

This beverage is created with a blend of one cucumber, parsley or cilantro, one lemon, a tablespoon of grated fresh ginger, a tablespoon of Aloe Vera juice, and half a glass of water. Cucumbers contain only forty-five calories each, along with a high water and fiber content. Parsley and cilantro are also low in calories, and high in vitamins, minerals and antioxidants to aid the body in counteracting the deterioration of stored food products. All of these components work together to retain water without causing bloating or feelings of discomfort within the stomach.

RELATED ARTICLE: If You Are Eating These 10 Foods at Bedtime You are Making a Huge Mistake!

Lemons help to flush out toxins the body has collected over the course of the day. This process rids the body of its impurities, thus increasing the metabolism so that it may burn away fat at a much higher speed.

Ginger possesses thermogenic qualities, working to slightly increase body temperature as it is digested. These traits, along with each of the compounds present in ginger, prevent overeating and constipation. Various studies have also recognized ginger’s ability to speed up the body’s metabolic rate.

Aloe Vera Juice is rich in natural antioxidants which greatly reduce inflammatory processes and free radicals within the body. In addition, it works to stimulate one’s metabolism, and steadies and decreases the body mass index. Because the metabolism slows down significantly during rest, it is best to consume this drink just before bed. Increasing metabolic rate during sleep aids in the calorie burning process. One of the keys to weight loss include replacing fat with lean muscle, which is more easily done when the metabolism is working swiftly.

Consuming this beverage on a regular basis will help to obtain an accelerated metabolism, provide the body with more energy, and ultimately cut down that undesired belly fat. What other tricks to reduce belly fat have worked for you?