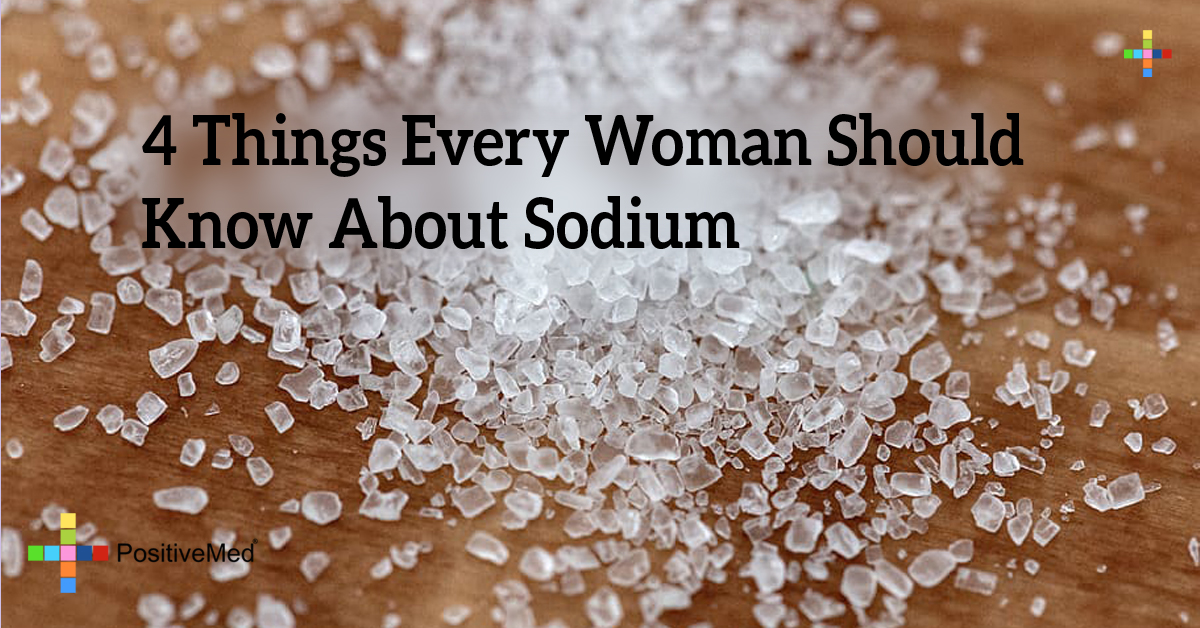 4 Things Every Woman Should Know About Sodium
By PositiveMed-Team
Edited By: Stephanie Dawson

One of the greatest villains in the American diet is excess salt. Health experts recommend that salt consumption should be kept as low as possible, easier said than done. Following are the four things that every woman should know about sodium:

• No need to go slow

According to a report which tracked the health of people consuming different amounts of salt by the help of various studies and clinical trials, there is not enough evidence to prove that consuming salt less 2300 milligrams have less risk of heart attack and stroke than those consuming more.

• Low-salt diets can be harmful

Sodium is an essential nutrient, many bodily functions use sodium for aiding the transmission of brain signals and helping control heart rate. Levels of fat and cholesterol can increase if sodium intake drops. A study on those with heart disease or diabetes showed that those who consumed less than 2000 milligrams of sodium a day were 37% more likely to die of heart disease than those who consumed 4000 – 6000 milligrams.

Water is attracted by sodium and a high-sodium diet draws water into the blood stream which increases volume of blood, this can increase blood pressure over time. Lowering sodium intake has a positive effect on blood pressure, but one cannot rule out that cutting almost all the salt from our diet may lead to high cholesterol levels and insulin resistance. Its not advisable to completely remove salt from your diet.

Consumption of salt is above 2300 milligrams for many Americans, this can have serious health consequences. People who consumed 3600 milligrams or more per day for 18 months and were also pre-hypertensive were twice as likely to suffer from heart attack, stroke, or require heart surgery than people who consumed less than 2300 milligrams daily. Ultimately, every one of us should find a happy medium, salt intake should be neither too high nor too low. Don’t forget that salt content in fast foods and packaged foods is much higher, try to avoid these as much as possible.