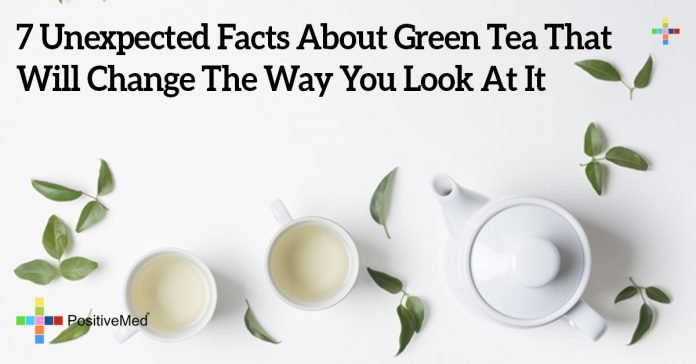 It may surprise many to know that if they drink 3 cups of coffee per day, they will be drinking an average of 300-450 mg of caffeine daily. In contrast, a person would have to drink an average of 12-18 cups of green tea.

Green Tea also contains Theobromine and Theophylline; two chemicals found naturally in many things including cocoa beans, that act as stimulants similar to caffeine. These additional stimulants help to heighten the effects of the caffeine, without the negative side effects brought on by ingesting too much.

Green tea contains L-Theanine, an amino acid which acts as a relaxant; which may help people with anxiety as well as those having trouble sleeping. This, in concert with the stimulants offered in green tea, helps the drinker with improved concentration.

Benefits With Controlled Amounts of Caffeine

Reducing the amount of caffeine intake can be as simple as switching from coffee to a less caffeinated beverage like green tea. With the small amounts of caffeine found in green tea, you can maintain a safe level of less than 200 mg of the stimulant without any of the side effects from ingesting too much. Smaller amounts of caffeine may increase health benefits such as improved mood, concentration, and metabolism.

Green Tea contains natural antibiotics; this helps to kill the germs that cause bad breath and other more severe oral hygiene issues.

The More Unprocessed, the Better

Try to choose green tea that is organic or untreated by chemicals. Also, refrain from fully boiling the water when steeping your tea; hot water, not boiling keeps the beneficial nutrients in the tea intact.

Now that you can see the benefits of switching from coffee to green tea, will you make the switch? Is there anything about green tea that we may have missed?