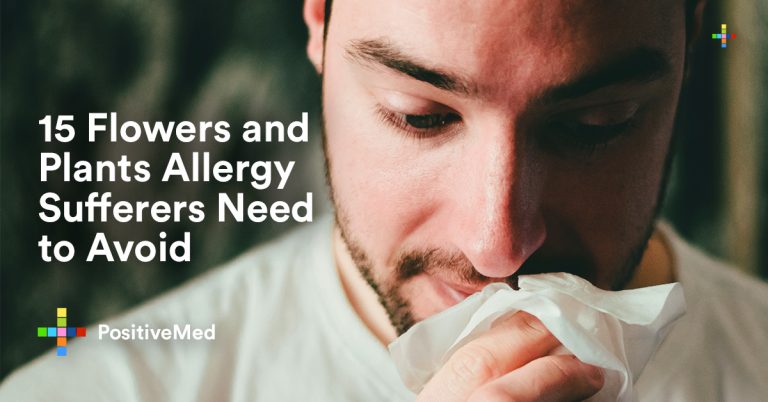 Plants are a mixed blessing for people who are allergic. Some, including flowers, are beautiful to behold, but they come with irritating pollen that can trigger runny noses, itchy eyes, and general miseries. Luckily, not all plants trigger allergies although there are plenty with a high level of pollen and other substances that can be irritating. You can still enjoy gardening by identifying plants that are less likely to trigger some problems for you.

Here are some of the worst plants for allergies:

This is usually found and cultivated in wetland habitats. It can be found in Eastern and Midwestern United States with peak time being in spring and fall. It is estimated that from 1930 to 1980 Dutch elm diseases killed about 100 million elm trees between. It made a comeback in the late 1990s and early 2000s.

One would think that hay fever, aka allergic rhinitis, has something to do with fever or hay. However, pollen from hay can trigger allergic reactions that may result in stuffy nose and watery eyes. Have fever was named so because its symptoms were more prevalent during the haying season.

You can easily find maple along streams and woodlands. It is dominant in the Eastern United States and Canada with peak season in early spring. Ash-leaf maple generates potent allergies and can be found all over the U.S. There are other moderate types of maple that trigger allergies including silver, red, sugar varieties.

It is commonly found in roadsides, riverbanks, fields, and rural areas. Ragweed is abundant in the Mississippi river basin with peak time being in fall and summer. According to Warren V. Filley, MD, a spokesperson for the American Academy of Allergy, Asthma, and Immunology, this is the most allergic plant that is common in New England and the Coast. Close to 75%of Americans who are allergic to plants are sensitive to ragweed.

You can find mulberry in woodlands and river valleys. Commonly found in the Eastern United States, mulberry peak time is usually in winter and summer. This flowering plant doesn’t produce the most potent allergens although it has been shown to contribute to hay fever.

It is commonly found in areas with well-drained soils and is dominant in the Southwestern United States. Its peak time comes around spring and this tree can trigger pollen problems for about six months every year.

Oak is usually found in woodlands and is dominant in Florida, Texas, and Virginia. Dr. Filley says that oak produces less potent pollen although in large quantities. In fact, oak trees produce potent allergic pollen for the longest period.

You are probably aware that mold is a fungus and not a plant. However, we would be wrong if we skip mold. Some people develop allergies in spring which is not related to pollen circulation in the air. These allergies are mostly caused by high mold levels, in wetter and warmer air.

Related Link: Put These Plants in Your Bedroom And You’ll Sleep Better

It is commonly found in mountainous areas with plenty in Missouri, Arkansas, and parts of Texas, Oklahoma, and New Mexico. Its peak time is around spring when it causes some of the most severe types of allergy symptoms.

You will readily find pecan in orchards and woodlands with peak time being around spring. It is dominant in the western fringe of the Southern United States, Georgia, North Florida, Ohio, and Indiana. Although it can spice up your pies, pecan ranks among the top sources of pollen allergies.

Commonly found in meadows, pastures, and dry, cool lawns, ryegrass is dominant in the northern parts of the United States. According to Dr. Filley, grasses are often problematic to people who are allergic to plants. You can pick up the pollen and mold when mowing.

Also known as pigweed, tumbleweed is usually found in roadsides and lawn with peak time from spring to fall. It is dominant in northern and western United States. Other weed allergens include green molly *(burning bush) and Russian thistle.

This is a fast-growing plant that has become a popular choice in tropical-inspired gardens. Nearly every part of this plant is toxic. Just like the pollen, its sap can trigger an allergic reaction.

It is hard to believe that a herb renowned to have a calming influence can be an allergy trigger. It has emerged that chamomile’s pollen can contribute to hay fever symptoms. Its flowers and leaves can trigger skin reactions.

There are some people who come back from the pruning session with their juniper gardens only to discover that their hands are reacting badly. Its pollen or coming into contact with the plant can cause hay fever and skin problems.