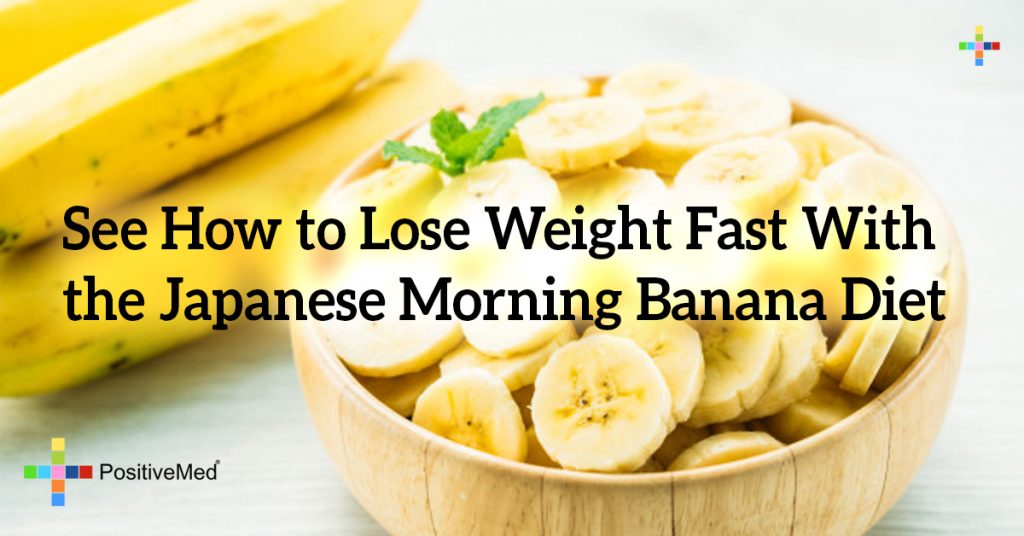 Different diets have sprouted over decades of society’s attempt to achieve the perfect body without sacrificing nutrition and satisfaction. Among the variety of dietary plans is the Morning Banana diet, which was developed in Japan and became popular around late 2000.

What is the Japanese Morning Banana Diet?

Simply put, the diet aims to achieve weight loss through the consumption of an unlimited amount of bananas coupled with a glass of room temperature water or milk as your breakfast meal. Choices in food consumption for lunch and dinner are unimpeded.

If desired, dieters can have more than one banana for snacks in between meals. However, desserts of any kind are not allowed. Dieters may not eat anything after 8pm, and they must hit the sack before 12am. A professor in Japan describes it to be a fad diet because of the nutrient imbalance the diet causes.

There are several notable potential problems with the Japanese morning banana diet, one of which is the misuse of the unregulated lunch and dinner rule. People who start following the diet have the tendency to overeat since they have the permission to eat anything they want as long as they incorporate the bananas during meals.

On the other hand, bananas contain a great amount of dietary fiber, which is beneficial to the digestive system as well as other bodily functions. Two pieces of banana for breakfast contain 6 grams of both soluble and insoluble fiber, which can reduce the amount of calories you consume on a daily basis. The fiber collects in the stomach, which lengthens the feeling of being full.

A type of fiber found in the banana, called resistance starch, further helps in weight loss through calorie burning. The fiber ferments in the digestive tract, and over time produces byproducts that enhance the body’s ability to burn fats by up to 25 percent.

Apparently, a diet consisting of mostly bananas will be simple and cheap. There’s no hassle like other diets that consist of multiple food requirements. The process is as hassle-free as stopping by the marketplace and buying a hand of bananas.

Another benefit is that the Japanese morning banana diet is cheaper than other weight loss techniques and fad diets that have surfaced over decades. This, of course, depends on the other food choices you decide to eat with the bananas. While they are fiber-rich, bananas do not provide the required amount of protein, so be sure to mix up your meals with some salmon or lean cuts.