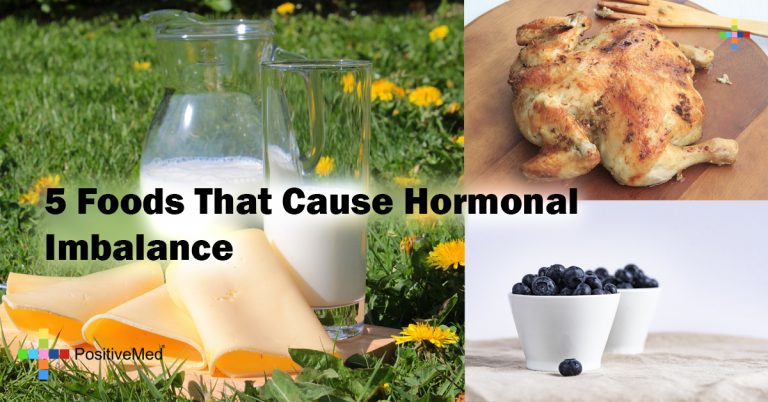 Stop Drinking THIS Popular Beverage Because It Interferes with Your Hormones!

5 Foods That Cause Hormonal Imbalance

Hormonal disturbances are relatively common in these modern times, and some experts believe that the majority of people have at least a small degree of hormonal imbalance. In most cases, the problem is caused by environmental and lifestyle factors rather than disease. Hormonal imbalance can refer to any abnormality in the balance of hormones that has noticeable effects on health and well-being. Most people are particularly concerned about their balance of estrogen to testosterone. Estrogen overload is the most common variant of hormonal imbalance, likely due to the hormone’s omnipresence in today’s average diet. If you suspect that you’re suffering from a hormonal imbalance, here are five foods you need to avoid.

Soy is the one of the most prolific offenders when it comes to hormonal imbalance. Soybeans are rich in substances that not only mimic human estrogen but also suppress functioning of the thyroid, the hormone master control system. Regularly consuming soy is linked to $e*[email protected] dysfunction, mood swings, depression, infertility, fat gain and muscle loss. Some good alternatives include nut milk instead of soymilk, coconut oil instead of margarine and rice protein instead of soy protein.

Poultry may be better for your heart, but it’s terrible if you have a hormonal imbalance. By law, hormones can’t be given to poultry, but that doesn’t include the estrogen found naturally in their soy-based feed. The hormone winds up in the meat in considerable doses. Instead of choosing chicken or turkey for heart health, try replacing it with pastured pork, wild-caught fish or grass-fed beef.

The artificial colors in foods might look harmless, but they could be destroying your hormones. These dyes are made from petroleum, which is well-known to disturb endocrine function. To avoid them, look for products that use either no added colors or ones extracted from fruits or vegetables.

If you’re a fan of licorice and you’re wondering why you’re experiencing symptoms of hormonal imbalance, you may already have your answer. Research has revealed that the estrogenic properties of licorice are even stronger than those of contraceptives. In fact, they’re so powerful that licorice is even being investigated for use as an anti-testosterone drug. Fennel and anise candies still have estrogenic effects, but since they’re not as potent, they make a suitable alternative for occasional licorice cravings.

Forget calcium and vitamin D. Two important nutrients don’t automatically make a food good for you. Indeed, researchers are now beginning to suspect that regular consumption of dairy products can not only cause high estrogen but also increase the risk of estrogen-dependent cancers. If you look at areas of the world with the highest dairy consumption, you will find the highest rates of breast and female reproductive cancers. Furthermore, experts estimate that dairy products account for between 60 and 80 percent of the estrogen consumed by an average person. Alternatives made from nuts, coconut and yeast possess none of these effects and provide greater nutrition.