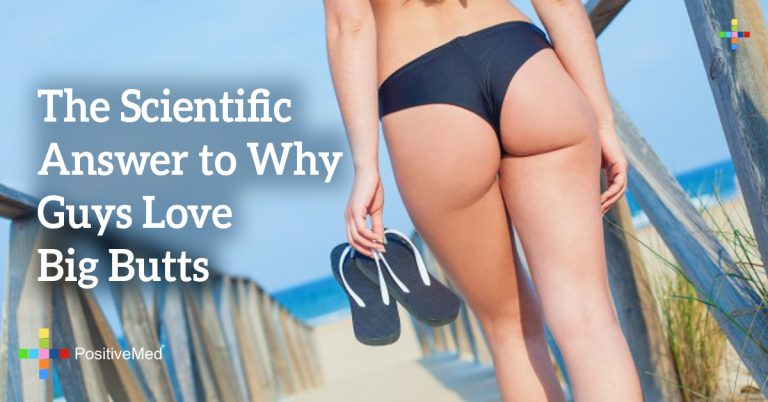 The Scientific Answer to Why Guys Love Big Butts

Big butts; are they fashionable or is there scientific evidence to prove why men prepare larger booties? In the past, research pointed to men preferring women with smaller waists and larger hips because it meant youth and fertility. Now, big butts are in, but of course we’re trying to figure out exactly why.

While the theories about men and butts may change over time, the most research studies lead to the curve of a woman’s spine. Researchers had 300 men look at images of female silhouettes based on this theory that men are actually attracted to a woman because of the curvature of her spine. The images ranged from 26 to 61 degrees, and they discovered that most men prefer the curvature on the higher side, closer to 45.5 degrees.

The science behind this logic is that women with more of a curve can reposition their weight during pregnancy and be able to accomplish more tasks because of this added curve. Based on this theory, men have not evolved that much from their ancestors in regards to physical attraction. They might not be walking around with sticks, but they are still looking for the same thing in the opposite gender. They want women to be able to carry babies multiple times, while also being able to forage, because having that extra curve of the spine will offset the weight of the baby. A woman with less of a curvature, might be more likely to have a difficult time with other physical activities during pregnancy.

It’s also important to point out that, according to this study, the density of the butt is not what is important. One woman’s butt may look larger because of the curve of her spine, and in reality her butt may be less dense than another with less of the curve and more density. If we believe this study, then men aren’t really attracted to a big butt but rather a bigger curve.

One previous theory pointed to the fatty tissue that makes up the butt. Research on this topic led to the conclusion that men preferred larger butts because the fatty tissue that makes up the gluteus maximus can help with the development of a baby. For the most part, it seems like all the studies on men and butts leads us to believe that it all boils down to child bearing.