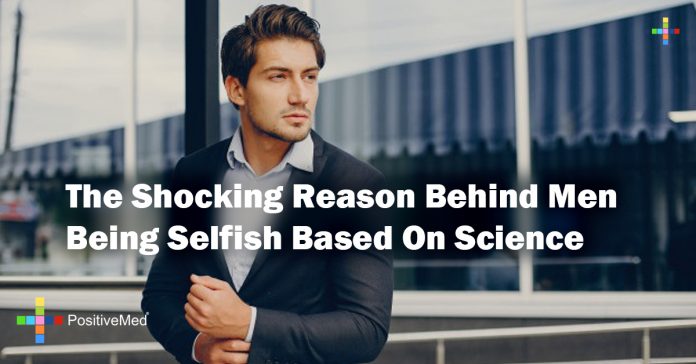 The Shocking Reason Behind Men Being Selfish Based On Science

The average woman probably thinks that her significant other is quite selfish at some time in the relationship. However, this behavior might not be a common everyday occurrence. Perhaps, it is some remnant of Neanderthal behavior that helped to preserve the species. Perhaps, some selfish men are just too controlling or have a personality disorder. Now, here is something that might seem shocking on the surface. According to a recent study, attractive men are considered the most selfish of the male species.

Male Selfishness Origins
A group of researchers set out to dispute the theory that selfishness was purely based on the level of attractiveness. They were led to do this story because of another research that proposed the theory that attractive people have a much higher social status in this society. Well, thus is clearly evident in the pecking order in high schools around the country and even in the adult business world. Attractive males in high school are the star athletes. Attractive males land the best jobs in the business world. This attractiveness creates a very selfish attitude and behavior that makes them feel that they are above others.

Scientific Facts
The research team based their results on pure scientific facts. Attractive men are more likely to exhibit selfish behavior because they feel that they deserve the best. It is in their biological makeup to act in a way that is not favorable to social or economic equality. Simply stated, this demonstrates that they look down upon those they feel are less attractive or less deserving. The study proved a theory that many people have held about overly attractive men for a long time. They value their needs and desires above others, even though it might not necessarily be the truth.

Narcissistic Behavior
Could all this narcissistic behavior stem from their outer appearance? Well, the study realizes that people are judged by their outer appearance. Attractive people are often regarded as smarter, hotter, which bolsters their social status and the narcissistic behavior. Now, here is something that is very surprising. The study also discovered that attractive women were not as selfish as attractive men. In fact, they were just as generous and egalitarian as those women with average looks. However, the study showed that others rated attractive women high on the selfishness scale.

This study clearly demonstrates that attractive men seem to think that they have a higher social status and reign supreme while attractive women think along the same lines as those that are average looking.