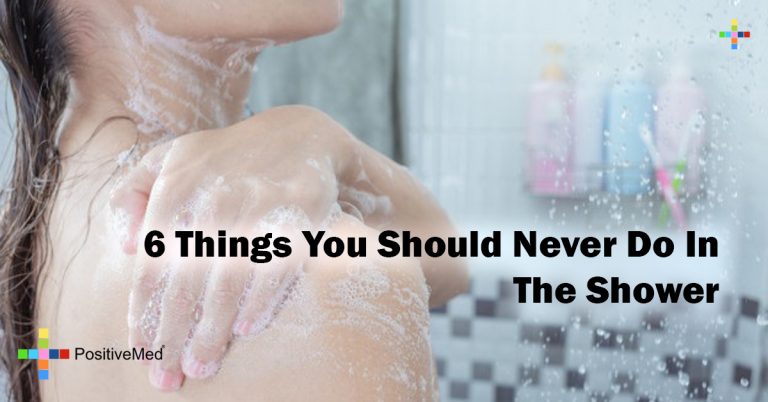 6 Things You Should Never Do In The Shower

A recent study conducted by the University of California found that it’s actually healthier to avoid daily showers because they destroy microscopic bugs on the body essential to fighting bacteria. Whether you are an avid shower taker or more of a, let’s say, hobbyist, there are do’s and don’t’s of taking a shower that could save you a big mess and even your life. Here are 6 things you should never do in the shower.

Showering And Texting Don’t Mix
How many times have you been inundated with the phrase, “Don’t text and drive”? Texting is an activity that involves enormous amounts of concentration and one that should only be done when your hands are completely free. A third arm might make simultaneous texting and showering plausible, but until then, you better save it for later.

Get Plenty Of Sleep
You’ve probably heard of cases where people have died in car accidents due to falling sleep at the wheel or fired from their job because they took a nap at work. Lack of sleep can hinder performance in all aspects of daily living skills, including showering. Be sure to get plenty of rest the night before you hit the shower. A very small percentage of the population suffers from narcolepsy, in which someone falls asleep involuntarily in their day to day routine. In this case, it is highly recommended that you take showers in short increments.

Stick To Organics
Sometimes people who are crunched for time eat a morning snack while in the shower. While this can save a little time, eating in the shower can get very messy when water falls on their food or when food particles get stuck in the drain. If, however, you persist on eating in the shower I would limit the selection to water-friendly edibles like apples and grapes.

Showers Cause Bad Reception
Cell phones have become household staples because of their portability. Better think twice, however, before using one in the shower. The water current can affect the satellite signals and therefore alter the reception, so better save that phone call for later.

Do Not Use Bar Soap
How many times have you dropped the soap in a bath half full of water with shampoo in your eyes? It can be a frustrating experience as you bend over, reach, and almost fall to your death because of that elusive pesky little bar. Instead, get liquid soap that fits into a compartment over the shower nozzle.

Rhythm Is Not Gonna Get You
Last but not least, dancing is definitely a no-no in the shower. Even if Michael Jackson is playing on the radio, resist the temptation. One false move and you’ll be slipping, sliding, and kissing the bathtub floor.

In summary, these tips should help you have a safe and carefree experience in the shower from now on. Just stick to the basics: lather, rinse, repeat, etc and you’ll be just fine.