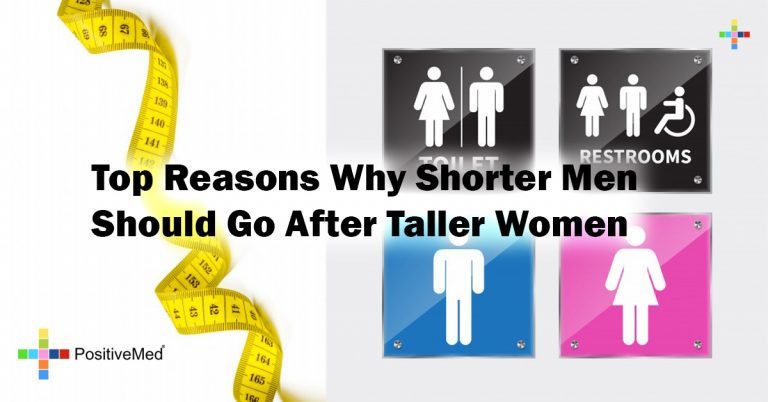 It’s amazing how ancient class systems and instinctive gender roles have evolved over time. Long-standing gender theories have always suggested that splitting up traditional roles would cause instability within family units. Recent studies, however, indicate that as women have started joining the workforce and men have taken on more responsibilities at home, an unexpected result has been analysis showing that multiple roles are actually beneficial.

These studies have effectively shattered traditional thinking when it comes to shorter men seeking out taller women. In a world where the tall hunter gatherer male is no longer a necessity, and especially considering the disproportionate ratio or females to males, it’s easy to see how shorter males might fill a void in the dating pool vacuum.

To that end, we have collected a few very specific reasons why shorter men should go after taller women, and why taller women should give them honest consideration:

• Life Expectancy – Very recent studies suggest that shorter males live an average of two years longer than their taller counterparts. In fact, in a study of over 8,000 men, research suggested that their longevity may be linked to a gene directly responsible for life expectancy. This was particularly observed in men 5’2″ and under.

• You’ve Got Confidence – As a bi-product of being overlooked most of their life, shorter men tend to have more obstacles to overcome thereby giving them more drive to succeed. This trait usually pays off in the form of excess confidence.

• Commitment – New York University researchers found that shorter men are much more likely to last in relationships than their taller counterparts. The study indicates that while tall men tend to marry faster, shorter men seek out longevity in their commitments.

• Better In Bed – A recent study from the Journal of $e*[email protected] Medicine showed that shorter men tend to have more closeness than taller men. Research indicates that men between the ages of 25-29, 5’9″ tall and shorter, and weighing less than 172 pounds tend to be the most active in bed males.

What was once taboo is now a trend. Shorter men have a lot to offer and it doesn’t stop with just an average lifespan or the willingness to take on more roles in the house. Confidence, commitment, and being better in bed will go a long way in scoring points with those taller women of your dreams.