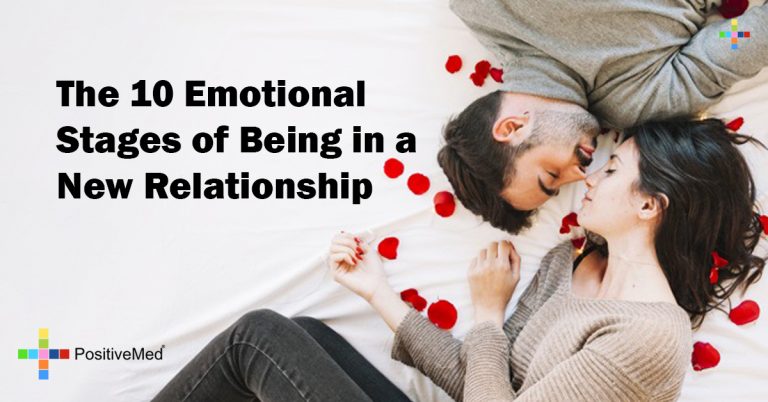 The 10 Emotional Stages of Being in a New Relationship

New relationships are great. They’re full of excitement and discovery. The tidal waves of hormones you feel at the start make every moment seem like magic. You’re pretty sure you’ve never felt this way about someone before, and you don’t see how things could be any better. This is completely normal, and there’s even a scientific reason for it. At the beginning of a new relationship, your brain is churning out oxytocin, the love hormone, like hydroelectric power plant running at full capacity. Unfortunately, it tends to dwindle over time, which may be responsible for the ten common emotional stages of a new relationship.

1. We Were Created for Each Other

You think they’re the most perfect person who ever existed, and you’re both incredibly compatible. No matter what you’re doing with them, you’re having the time of your life. They’re also the most attractive person you’ve ever met. You can’t imagine not being able to find them incredibly hot.

2. Every Song Make You Think of Them

It doesn’t matter what the song is. Whether it’s one of those goofy songs on the Weather Channel or the newest teeny-bopper song on the radio, it’s all about the person you’re smitten with. The lyrics don’t even have to make sense. The rhythm alone is enough to make you start swooning.

3. I Think I Love You, and it’s Freaking Me Out

You feel like love has hit you over the head with an anvil, but no matter how intense it is, you’re adamant against saying it. It’s way too early in the relationship. The most it will do at this point is make them think you’re a creepy weirdo and scare them away. You’ll just settle for making googly eyes at them.

4. I Feel This Strongly About You, But I Hardly Know You

It seems odd to feel this strongly for somebody, only to realize that you really don’t know them that well. What if they have some kind of disease? A criminal record? They could even have kids they’re not telling you about. It’s enough to make you feel paranoid.

5. If I Don’t Hear From You Instantly, Something Must Be Wrong

Maybe they got in a fatal car accident, and that’s why you haven’t heard from them since yesterday. Something could have happened at work, and now they’re in the hospital. What if this is their way of saying they’re no longer interested?

6. Great, You’re Angry With Me

The first argument is always the most unpleasant one. When you’re at this relatively vulnerable stage in a relationship, you’re hypersensitive to the hurt. Even still, you talked it out together and now everything is perfect again.

7. That Weird Thing You Do

As that oxytocin load starts fading, it’s going to take your blinders with it. Suddenly, you notice a habit that, for whatever reason, just annoys you. That’s okay, though. You still love them.

8. We’ll Live Happily Ever After

At this point, it feels like things can’t be any better. You’re in for a lifetime of fantastic love-making and getting along. You never want it to end, but somewhere inside, you’re afraid that it will.

9. You Have a Lot of Bad Habits

By now, you’ve likely noticed a multitude of things that irritate you about your partner. Maybe they’ve even caused a few petty arguments. Still, the list of things you love about them is bigger, so it’s okay.

Eventually, the thrill wears off and the blinders have been fully removed. You’re both suddenly seeing one another as real people and not idealized characters from a romance novel. The spark may not be as strong as it was at first, but you’re still happily in love.