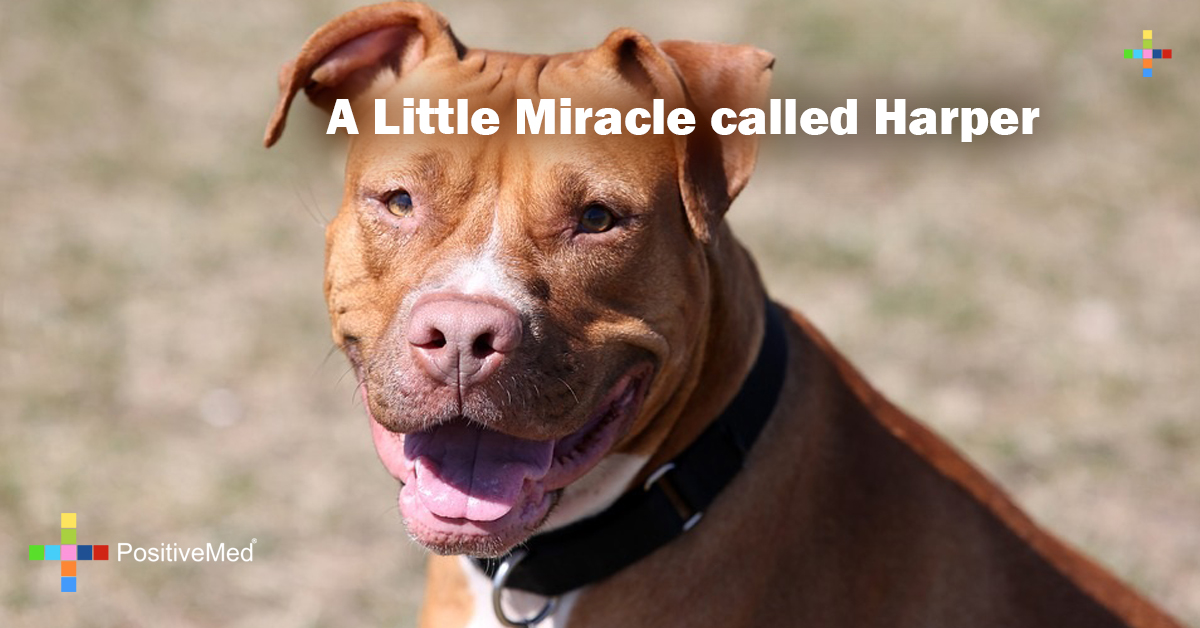 This adorable pit bull cross, named Harper, was born with a deformity known as “swimmer puppy syndrome.” The front legs are splayed out stiffly preventing them from walking. Harper was found in a garbage bag on the side of the road, abandoned by a dog breeder.

She was taken to a local animal shelter to be euthanised, as are most puppies with this condition. A shelter worker named Erica Daniels wanted to take the puppy home for one night to be given love and nurturing before her death. That night Erica gave the dog a massage to her deformed joints, seeking to relieve some pain, when much to her surprise, Harper started trying to move her legs herself.
The next day Erica canceled the appointment for euthanasia and contacted a different vet, puppies with this condition often have degenerative bone disease, heart murmurs, and brain abnormalities, all Harper’s tests had good news. A therapist at a canine hydrotherapy center in Florida offered to work with Harper for free after hearing her story, and soon Harper was “dog paddling away” learning her natural posture and movement.

Shortly thereafter she was walking on grass, then carpet and concrete, and is now tackling more slippery surfaces. She will always have a distinct gait but it doesn’t appear to bother her. Erica originally planned to re-home her, but loved her too much to let her go, she is enjoying her faithful friend to the fullest.