PositiveMed The Positive Side of Medicine
Home health women's health 2018: The Year of the Microchip Birth Control? 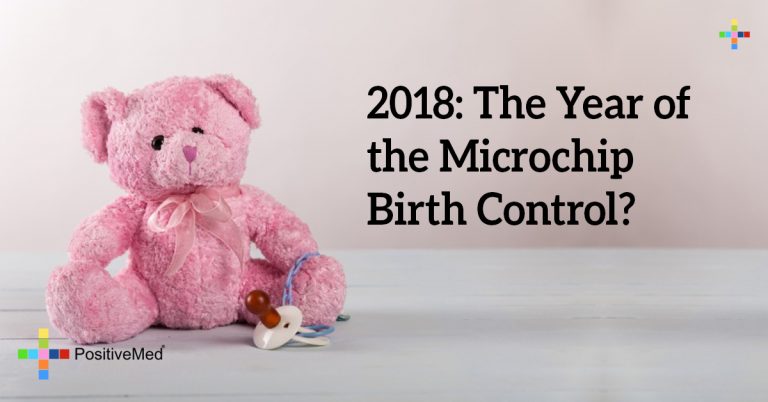 2018: The Year of the Microchip Birth Control?

Well, it may sound like science fiction, but the future of birth control for women is looking less like a pill everyday or a dangerous IUD and more like nothing at all. While it isn’t the first hormone contraceptive to be an implant, it IS the longest-lasting. Designed to be implanted in the upper arm, abdomen, or buttocks – the device is miniscule. However, don’t allow its size to dissuade you from taking it seriously. The microchip holds reservoirs of the contraceptive levonorgestrel and releases an appropriate amount of the drug every day, for a maximum of sixteen years.

How do the reservoirs work? The MIT start-up behind the implant, MicroCHIPS, invented a hermetic titanium and platinum seal on the reservoirs that contain the levonorgestrel. A small battery inside the chip melts the seal temporarily by passing an electric current through it, allowing a small dose of the hormone to escape.

The best part? It has a limited-range remote control that you keep, so if you decide you want to start building a family, all you need to do is turn it off. Then, after an appropriate amount of time postnatal, simply turn it back on again. While your doctor can adjust the hormone dose remotely, the only time you’d need to see them would be to have the chip removed. The remote-control feature eliminates most of the third-party interactions other hormonal implants need, which puts you in charge of your own contraceptive choices.

Compared to current birth control implants that have a lot of negative side effects and aren’t always effective, PLUS need to be removed every five years – if not earlier – this may seem too good to be true. After all, the creators say there are little to no ill effects of this implant and it should be removed after the sixteen years of use has elapsed.

Where this gets really interesting is that this could be just the beginning of “programmable medicine”. MicroCHIPS’ first clinical tests of the device were to deliver hormones to women suffering from osteoporosis. In the future, those modules that contain the contraceptive medicine could be filled with all different types of medicines to help regulate the human body.

There are some critics of the device, worried about it being hacked or broken into, but MicroCHIPS reassures us there will be heavy encryption in place on the devices so that interference doesn’t occur.

It’s a fascinating concept and even has Bill Gates’ attention. Mr. Gates is funding the contraceptive microchip through the family planning section of the Bill and Melinda Gates Foundation. He sees the contraceptive chip as something not only Western world women would benefit from, but also the developing world where it would be more than just a lifestyle choice – it’d be reproductive justice. The Gates Foundation estimates about 120 million women in the world’s poorest societies could benefit from voluntary family planning. Clinical trials are said to start in 2015 with the aim of being on the market in 2018.

If you’re worried about this leading to more promiscuous women, the fact is that readily available birth control only results in less unwanted pregnancies. If you aren’t so sure, there’s been studies done on the subject, most recently by Washington University School of Medicine.