8 Things Only People With Depression Can Truly Understand 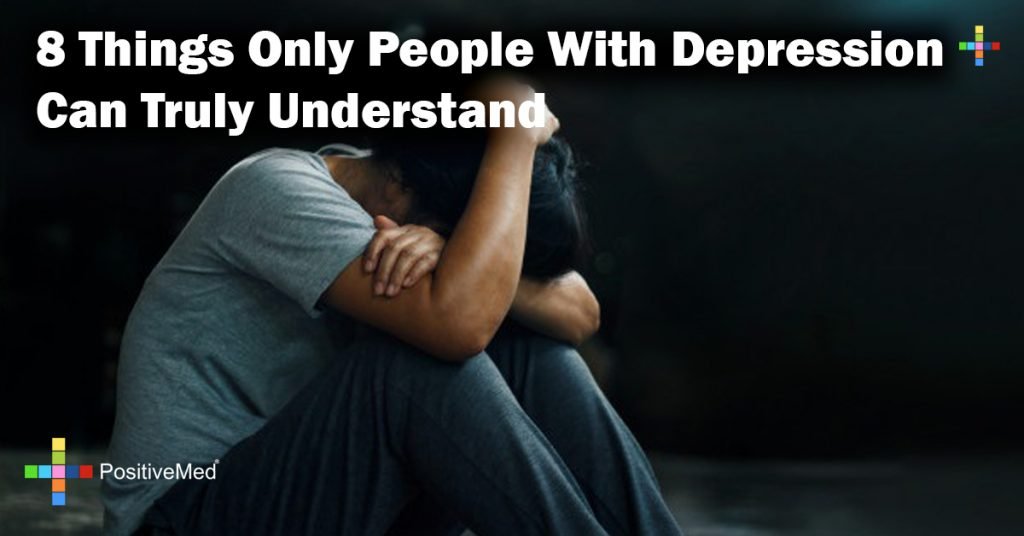 8 Things Only People With Depression Can Truly Understand

Depression seems to always be making the rounds in the media, but few people without the disease understand what it’s like to have it. It’s not just feeling sad or blue, and it’s not something one can just “get over” or “snap out of.” It affects everything in a person’s life, from what you eat to how you perform at work. If you have depression, read on to find out eight things people without depression just don’t get.

Depression is a biological disease

Sure, doctors know it, but most people who have depression just don’t get it. Depression is a physical illness. It’s not just “in your mind,” as some like to claim. Serotonin and other neurotransmitters have been linked to the disease, and a new study also implicates brain proteins.

The Food Cravings (or lack thereof)

What you eat changes your body and brain chemistry, which is why those of us with depression often crave certain foods or don’t want to eat anything.

The fatigue is real, and it’s not just the mid-afternoon I-need-coffee sort of fatigue most people feel. It’s a bone-deep fatigue that just makes you want to sleep for hours or even days.

When we’re depressed, we need support. The kind of support that is helpful and not the ‘why don’t you just (fill in the blank)?’ Whether it’s a spouse, a therapist, or a good friend, having someone you can talk to without being judged or criticized helps tremendously.

The physical symptoms are often as bad as the mental ones

It’s hard enough feeling depressed, but when that depression gives you headaches or affects your digestion, it makes it even harder to deal with.

Depression is more common than most people know

Every case of depression is unique

You know it and your doctor knows it, but most people don’t understand it. No two people experience depression the same way, for the same reasons, or for the same length of time. Depression can be situational, short-term, or chronic. It may spontaneously resolve or go on for years.