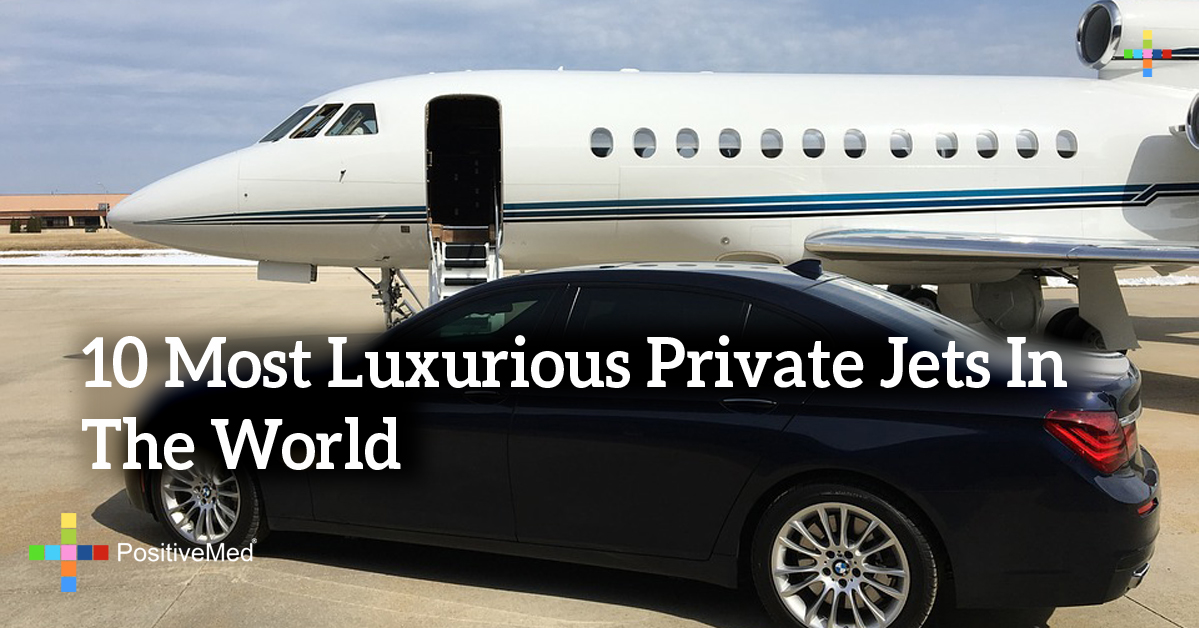 10 Most Luxurious Private Jets In The World

Just a few decades ago, flying an airplane was a dream only a few privileged people got the chance to realize. Extremely rich celebrities, government officials and other important people were the only people enjoying this advantage. This quickly changed after World War II, when the airline business grew. Today you can find many people flying jets all over the world.

With most people traveling by air at least once per year, the methods of travel vary greatly. Most of us have experienced being tightly packed in coach yet enjoying the view from the small window. Although we appreciate our humble travels, there are some who can afford the luxury of flying in pricy jets. This list explores 10 of the most expensive, luxurious privately owned jets!

The proud owner of this jet, which is the most expensive plane ever purchased is Prince Alawaleed bin Talal of Saudi Arabia. This plane is extremely large, featuring two levels, a recreational area and luxurious bedroom suites. This plane contains the best of both worlds with its tremendous size and low emission of greenhouse gasses.

This eighty-one million dollar plane ranks as the second most expensive Airbus model. Each A319 is completely different from the rest, since the owner custom designs the interiors.

The Boeing Business is known as the flying hotel for a reason. It is decked out with a lounge that is one thousand square feet, very comfortable furniture, a bedroom suite and other amenities that make it as comfortable as a hotel.

The Gulfstream G650 is very common among celebrities. It is so popular that it is now sold out. This jet has the capability of flying over seven thousand miles nonstop.

The Boeing Business Jet 3 is unique in that it has a tremendously spacious cabin. With the amazing ability to fit forty-six passengers, this jet includes a luxury dining room, staff room, master suite and a spacious lounge.

British businessman Phillip Green is the proud owner of this sixty million dollar jet. It holds the amazing capability of easily flying from South Korea to Japan nonstop in less than fifteen hours. This plane is very safe, featuring an infrared camera that shows the path clearly when there is low visibility.

This Boeing 747 is different from the well-known passenger plane. A man named Joseph Lau purchased and customized it as his personal jet. Lau has personalized it to include extra cabin space, a recreational area and a private office. This might be the most luxurious Boeing 747 out there.

Jackie Chan paid almost thirty million dollars for this Brazilian-made plane. It is decorated on the outside with the Jackie Chan logo and red and golden dragons.

The Bombardier Global 7000 is one of the most popular planes in the world. It has the ability of holding over ten passengers and flying non-stop for over seven thousand miles. The plane has large windows that allow passengers to enjoy unobstructed view of the outside.

The Dassault Falcon 900 is not only luxurious, its speeds are very fast. This sleek jet is capable of flying close to six hundred miles per hour, even in extreme temperatures. Even wealthy people enjoy savings; this jet promotes that by using significantly less fuel than others on this list.