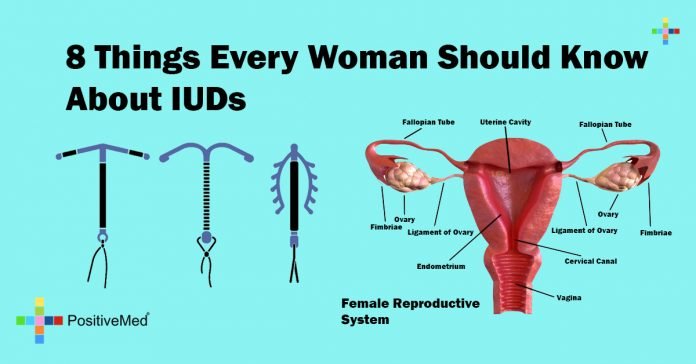 Recent medical studies have proven that intrauterine devices (also known as IUDs) are an effective form of birth control for women. This year the New England Journal of Medicine published a study that acknowledged the use among females between the ages of fifteen and nineteen years old. A significant amount of teens that chose an IUD as birth control reflected lower rates of pregnancy compared to other sexually active teens in the United States who did not have one. Although studies have not been done on its use among women over the age of sixty-five, IUDs benefit women of many different age groups.

The first IUDs were created in the 1960s by doctors in other countries like Chile working collaboratively with the medical community in the United States. By the1970s, the United States was marketing its first IUD which contained copper elements; scientists learned that copper can have a direct effect on fertilization by killing sperm. Hormonal IUDs were not successfully created until after 2001. In 2013, a new IUD known as Skyla was introduced; it has some differences from the Mirena. Today woman have three options for IUD use- the ParaGard (non-hormonal), Mirena, or Skylar.

Once inserted, you may experience side effects from insertion such as cramping and light bleeding but after two days, most women go about their daily lives without any changes. At only 1.26” tall, the Mirena IUD is smaller than a packet of sugar. The ParaGard is about the same size and the Skylar is slightly smaller. If inserted properly by an experienced medical practitioner, no IUD should be physically felt once placed into a woman’s body. Normally sports, work, and even sexual activity can resume without discomfort or incident.

Recent changes in the United States for medical costs have given more women the opportunity to afford IUD placement and care. Several insurance companies in the past did not cover costs making an IUD a very expensive form of birth control.

All IUDs are reversible. A woman can have an IUD removed to resume plans for a pregnancy at any time. After pregnancy, she can reinsert another one if desired.

Women need to remain vigilant when being sexually active, particularly if they are having sexual relationships with more than one partner at a time. IUDs do not offer protection from STDs; many women use condoms as an extra security measure.

Medical experts continue to work hard to ensure women are secure in their decision to use an IUD. They are investing time and money into studying health benefits such as IUDs lowering the risk of certain cancers in women.

Aside from contracting an STD or other infection and disease due to circumstances beyond her control, a woman has a lot of power over her sexual health when she decides to use an IUD. Most recently, lower medical costs, easier availability, an increase incompetent doctors to provide IUD care, very low pregnancy rates and very low rates of IUD mishaps have enabled women to focus on their sexual health in an extremely modern way.