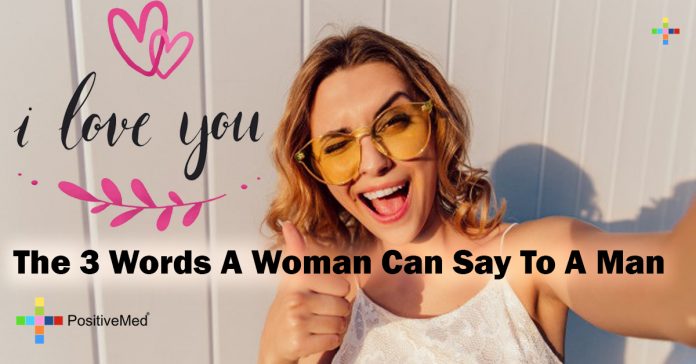 “I love you.” These are the three magic words every man wants to hear from the woman he loves, right?

Actually, we live in a culture where these words are too often overused. They’re said too soon, or they’re spoken so often that we don’t appreciate their meaning. They roll off the tongue casually, and fall on ears that have heard them so many times they no longer sink in.

However, don’t despair. There are three little words a woman can say to a man that will make him feel confident, happy, and deeply in love. These words can make him feel what every man wants to feel: that he is the number one person in his partner’s life and that she thinks he is the best man on earth.

When you tell a man you love him, he often isn’t touched by the power of those words. But he will be touched by these three Pretty words:

You’re the best. They’re only three words, but they mean something far more complex. They mean: you are more desirable than any other man. You did that task, or job, or presentation better than anyone else could have. You make me proud. I’m happy I’m with you. I couldn’t have chosen better.

When a man hears “I love you” he isn’t touched — he says the words back to you and moves on with his thoughts. But when a man hears “You’re the best” he feels special, respected, satisfied, and happy.

A recent article from Psychology Today says that mutual respect is the first and most important key to a strong relationship. That’s exactly what these words convey. When a woman tells a man he is the best, she is telling him she respects and admires him.

So the next time your partner does something you appreciate, whether it’s washing the dishes, having dinner with your parents, or succeeding at work, say something that will make him feel incredible. Tell your guy “You’re the best” and see how it makes him feel.