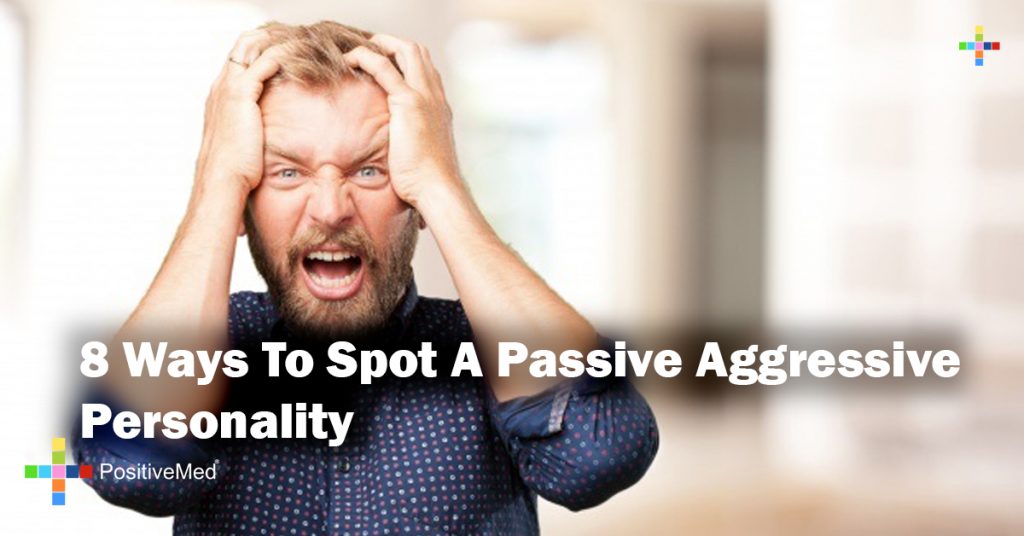 Passive aggressive is a term used in psychology to describe the disconnect between a positive response a person gives and his or her negative behavior when complying. A passive aggressive personality may be compliant and agreeable in an interaction, while they quietly sabotage whatever is asked of them. A study in the National Institutes of Health Library notes that both environmental factors and genetic factors may play a part in passive aggressive behavior. Passive aggressive people are difficult to deal with and will deny their actions if confronted.

1 – They Resent Other Peoples’ Demands

Passive aggressive personalities do not like having other people make demands on them. However, they deeply do not want to deny the request, so they agree to it. The resentment builds, until they find ways to get out of complying with the request.

The passive aggressive will deliberately put off what they have been requested to do because they do not want to do it. They may consciously or unconsciously “punish” the person who made the request by putting off accomplishing it until the last minute, or they may not do it at all.

Another way a passive aggressive personality may react is by making intentional mistakes to do poorly at the requested task. They will do this in the secret hope of discouraging you from ever asking them again.

4 – They Have A Hostile Attitude

Passive aggressives believe that others are deliberately imposing on them. They will seldom speak up with objections about their already heavy workload or other concern. They will simply account the request as an additional imposition.

5 – They Feel Unappreciated and Put-Upon

The passive aggressive personality feels that others are against them and are deliberately making their lives more difficult.

6 – They Use the Silent Treatment To Punish

Passive aggressives punish with silence. Instead of voicing their objections or difficulties with a request, they will withdraw into silence. When asked if something is wrong, they will invariably say nothing is wrong. This action serves to keep the relationship on edge and punishes the other party.

The passive aggressive personality will also engage in getting in the last jab. The other party may feel that the conflict has been resolved, only to be the recipient of a final comment that continues to express hostility.

8 – They disguise Their Criticism With Compliments

One of the more insidious behaviors of passive aggressive personalities is their habit of disguising their criticisms with a compliment. They may smile and say something, which, at first glance seems like a favorable comment, but the other party later understands that it was actually a veiled jab. This behavior is part of their inability to honestly express their feelings.