7 Things You Should Never Tolerate in a Relationship 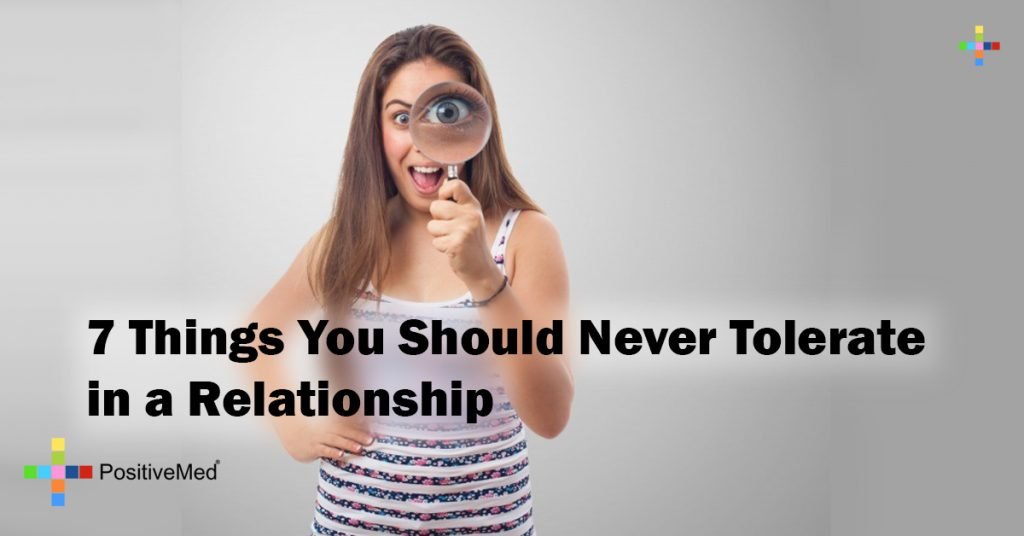 7 Things You Should Never Tolerate in a Relationship

Every relationship needs a healthy dose of tolerance if it is going to last. However, some things are simply intolerable. They might also spell doom for the relationship. Below are the top seven things that should make you say good-bye for good to your significant other:

1)He orders for you in a restaurant.

What was once an act of courtesy is now a sign of a controlling personality. Beside, who wants to never pick her salad dressing?

Your friends say a lot about you. Your partner not getting along with them might be a sign of bad things to come. In fact, a recent study at the University of California, Berkeley found that when a person’s significant other is welcomed by his close friends, the relationship is more likely to last.

3) He has lifestyles not hobbies.

Obsession is never a charming trait. If your significant other allows his hobbies to take over his life, there probably isn’t going to be much time left in it for you. So, tell him to put down the video game controller or pack his bags.

Compromise is the secret to a good relationship, according to Casey J. Totenhagen at the University of Arizona. Totenhagen’s research found that compromise was linked to a high level of commitment in a relationship. Conversely, an unwillingness to compromise showed that a person may not be fully invested.

5) He always takes his mom’s side.

It is great if your partner is close to his family; but if he always chooses his family over you, it is time to show him the door. A 2013 Harvard University study showed that a husband choosing his parents over his spouse was more likely to cause marital discord than infidelity or financial difficulty.

The old adage is true. No matter how nice someone is to you, if she is rude to the waiter, she is not a nice person. And eventually you will be on the receiving end of her rudeness. Maybe sooner than you think. Research at the University of San Diego has shown that people who are rude to waiters and store clerks are 200% more likely to act rudely or offensively to family and friends.

7) The spark has gone out and nobody cares.

Any relationships can cool over time. This means for a relationship to last both people have to work hard to make sure what brought them together doesn’t get lost in the rush of daily life. When a relationship cools and nobody cares, it is time to let it go.