PositiveMed The Positive Side of Medicine
Home Relationship Dating Friendly Relation On The First Date! Should Women Care What Men Think? 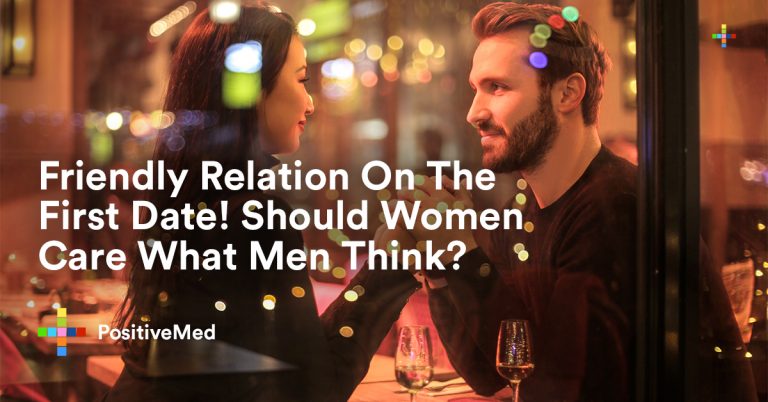 According to Chicago Sun-Times’ annual Singles Survey, a whopping 55% of couples have Friendly Relation on the first date! We’re told over and over again that we need to make the guys wait, but is that really true, especially when there’s a spark and we want some fun too? What it turns out is that what a guy thinks about you after a first date says a lot more about him than it does about you. There are a lot of ways for men to think about first date fun, just like there are a lot of men out there. Here are some common views.

Guys get insecure too, and if you have Friendly Relation on the first date, he might get the idea that he’s not that important to you. Some guys think that they’re the second coming (get it?) if you sleep with them on the first date, but there are plenty of guys who wonder if they are your disposable bit of fun. Some of them are okay with it, some of them aren’t, so make sure you know which is which before you engage your warp drive.

There are some guys that think that Friendly Relation means something more, and then there are the guys who think that Friendly Relation is the be all, end all of the relationships. Watch out for these guys because they will cling tighter than a pair of leggings if you let them. If you want more, say so, but reinforce your boundaries and be willing to figure out what kind you really want.

“Will She Have Breakfast With Me?”

The morning after a great night before, most of us get pretty hungry! It’s always a good sign when you want to get food together as well as spend the night, so think about how much you like this guy, and consider having an English muffin with him.

According to a Cosmopolitan survey, only about 33% of men think less of a woman who has Friendly Relation on the first date. Cosmo has nothing good to say about these guys, and neither do we. If just three in ten guys have issues with a woman who wants to have fun on her terms, we’ll pass, thanks.

The question of whether you should have Friendly Relation on a first date is always up to you. As long as you know what you want to get out of it, you’ll be fine!