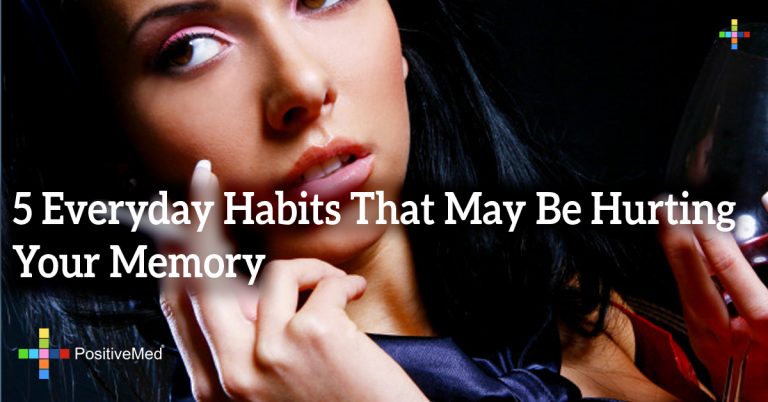 5 Everyday Habits That May Be Hurting Your Memory

Your memory is crucial to how you function on a daily basis, whether it is good or bad. While there are unfortunate diseases and conditions that are mostly unpredictable, there is a lot you can do to prevent yourself from experiencing impaired memory or memory loss in general early on. Habits that are actually common things in your every day life are unexpectedly affecting your brain and your memory without you even knowing it. Take a moment and review the five habits below to see what you can change for your cognitive health.

There are two sides to alcohol consumption. Studies have shown that even one night out with the buddies can actually impair your memory and cognitive function during the next day, even when you’re completely sober. However, other studies have shown that regular and moderate consumption actually can reduce the effects of dementia later on. Excessive alcohol use effects the brain immensely and can completely change a person’s life on a negative scale.

• Pushing yourself when you’re sick

Sometimes it is truly hard to stop working and actually relax, especially when we get sick. During this state, though, our bodies really need us to take a break and rest. If you continue to push and refuse to allow your body the rest and healing time that it needs, your brain will suffer big time, lowering your cognitive function.

• Sleeping under the pillows

It is actually a common habit for people to cover theirselves, or their heads, with blankets or pillows when sleeping. As comfortable as this may be, it can actually reduce the levels of oxygen going to the brain, raising the levels of carbon dioxide. Your brain needs as much oxygen as it can get so try sleeping with your head uncovered and free.

Yes, controlling your diet all together has a big effect on your mental health, but recent studies have shown that diets that limit carbs actually impair one’s memory more drastically than following a standard ADA diet. Diets with high-fat also have weakened cognitive function as well. Stick with a traditional diet with whole, unprocessed foods and boost your exercise levels in order to improve your brain’s well-being.

Everyone knows smoking is bad for your overall health. There have actually been countless studies that have linked smoking with decreased verbal memory and smokers actually having double the chance of acquiring Alzheimer’s disease. Research has also shown that smoking effects cognitive function, both short term and long term.