PositiveMed The Positive Side of Medicine
Home health child care Colic: Warning Signs and What to do 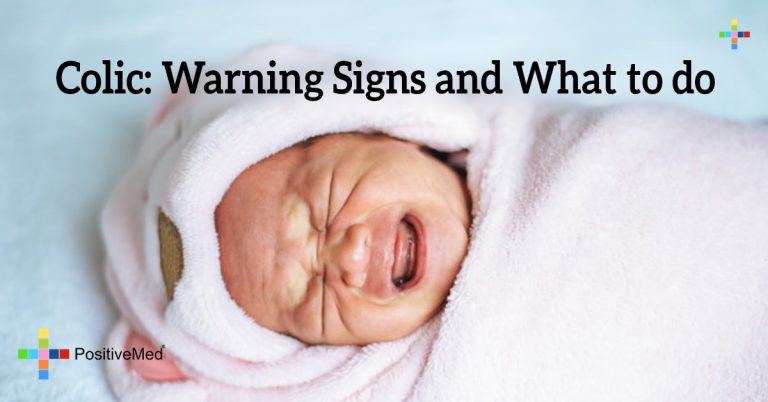 Colic: Warning Signs and What to do

Babies cry, they cry often, and sometimes it’s difficult to say why. Extreme crying in a baby between three weeks and three months is called colic. It can be upsetting, but it is normal for some babies. Doctors diagnose colic when healthy babies cry more often than usual; this is typified by crying more than three hours a day, three days a week or more, for at least three continuous weeks.

Colic is typically worse in babies six to eight weeks old and can go away on its own around eight to fourteen weeks. It’s normal, and common, to feel scared or frustrated when your child will not stop crying, remember that colic happens to almost every child and is temporary. Babies will grow out of it sooner or later.

To soothe a colicky baby, Parents.com suggests some of the following:

– Walk the child ‘kangaroo style’ – place them in a carrier (either facing you or out, whichever they appear to prefer) and walk around the house.

– Take them for a ride in the car or place them (in their car seat) on a dryer, the repetitive motion and noise can be soothing.

– Place the child in the ‘colic carry,’ which is placing them so that their stomach rests on your forearm and their head is supported by your hand or crook of your arm.

– With your baby on their back, pedal their legs like they were riding a bike to help relieve pent-up gas.

Though health professionals are still not sure what causes colic, they theorize it could be the result of a baby’s immature nervous system or sensitive temperament, which can cause a child to cry quite easily and have difficulty stopping. As they grow and develop, they become better at controlling their crying. Colic in infants is not related to health problems, such as digestive issues, though having gas in the belly can make crying worse. Colic is not caused by pain or illness. If you believe your child is crying because they are sick or hurting, make an appointment with your doctor.

Remember, colic is not your fault or your baby’s fault. It doesn’t mean that you’re a bad parent nor that anything is wrong with your child. If you need help with the inevitable frustration remember to count 10, or place your baby in a safe, secure place, walk away for one full minute and take deep cleansing breaths.

Because most of us associate colic with infants, adult colic can be overlooked to the point of being unheard of. Biliary colic is a condition that can be identified by extreme pain in the upper abdomen. This happens when a blockage happens in part of the biliary system, which includes the bile duct, cystic duct, and gallbladder.

The main symptom of adult colic is pressure or aches in the upper abdomen, which often occurs in the upper right part of the abdomen near the liver and gallbladder. Sometimes the pain can occur just below the breastbone or even radiate towards the right shoulder and doesn’t improve with a change of position. The pain can last anywhere from a few minutes to a few hours, and can happen right after a meal, especially one high in fat. Those with biliary colic may also have jaundiced eyes or skin, nausea, and vomiting.

Unlike infant colic, adult colic has a known cause. Biliary colic usually is caused by gallstones that are stuck in the bile or cystic duct. These stones cause the gallbladder to squeeze very hard to push the biliary fluids around the blockage, it is these contractions that cause pain. This form of colic may also be caused by inflammation of the pancreas, gallbladder, or small intestine. It may even occur after a gallbladder or bile duct injury.

Treatment for this version of colic varies due to the intensity of the symptoms and it is recommended to visit a doctor as soon possible to avoid any complications.