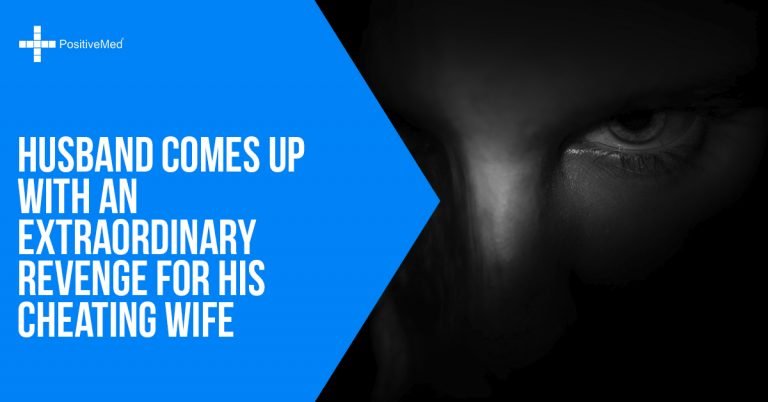 An interesting story of how a husband organized a surprise for his cheating wife has recently been circulating on the internet. Although the story might not actually be true since its origin remains unknown, it sure is entertaining.

While a man was sure his significant other was cheating on him, how to approach the situation was still a problem. He finally figured out the perfect way to confront his wife. His solution took a lot of thought and some shrewd planning. His intention was to let everyone in on the fact that it was his wife who was messing up their marriage.

He had a feeling his wife was cheating, especially since she set off several red flags. She constantly smiled and laughed when texting, and always told him it was her mother when asked. She also had to stay at work late every night, yet her co-workers always said she had left hours ago. Whenever he confronted his wife and asked what was going on, she would just laugh it off. She said it was something they all frequently did to one another at the office.

However, he knew with certainty that something was up when his wife went out for milk at 11:30 pm. She did not return until about two in the morning. For him, it was the last straw. He’d waited months before confronting his wife because he wanted to collect as much evidence as possible. He also needed time to make the necessary arrangements, which included finding a new place to live.

RELATED ARTICLE: How to Save Your Marriage After Cheating

He wanted to get back at her and decided her birthday, only months away, would be a perfect time. His wife had insisted that he goes out of town with friends after he had asked her what she wanted for her birthday. Her reason was that apart from not wanting to be reminded that she was aging, she also had to work. However, he found two glasses and a bottle of champagne hidden in his closet. It was a clear sign that something was up and something in him snapped.

He, therefore, did what any sensible man would do under the same circumstances. He left and went to his friend’s house, making it seem like he was actually going out of town. However, he called up his wife’s entire family and several of her friends while at his friend’s house. He told all of them that he wanted to give his significant other a big birthday surprise. The surprise involved sneaking into their room with kazoos, party streamers, and a large cake with candles. To everyone else, the plan sounded like a lot of fun, and so it was.

He had everyone meet him outside their apartment at 8:30 am, and all of them piled into the elevator. They were about eight in total, and his wife’s mother was the one holding the cake. While reminding them to be as quiet as possible, he unlocked the door to their house using his key. They all sneaked in and slowly made their way down the hall and towards the bedroom. He threw open the bedroom while his wife’s mom held the cake grinning, and they all yelled surprise!

However, the surprise was on them all as his stark naked wife and her lover stared back at them wide eyed. Here is how the scenario unfolded. His mother-in-law dropped the cake while his sister-in-law started screaming and father-in-law began shouting. His wife’s lover was desperately trying to pull his pants back on while running out of there. He pretended to be horrified even as his soon to be ex-wife sobbed and screamed. Her friends tried to push everyone else out, yelling at her all the while.

Needless to say, it was among the best birthday presents he has ever given.

Hiring a private investigator is the best course of action if you think your wife might be cheating. Private investigators are excellent at what they do. They will get you some evidence, which would come in handy in case of a divorce. Human beings can go to extremes just to get back, especially when they feel betrayed. To avoid such a scenario and for other obvious reasons, trying to uphold your marriage vows is of uttermost importance.