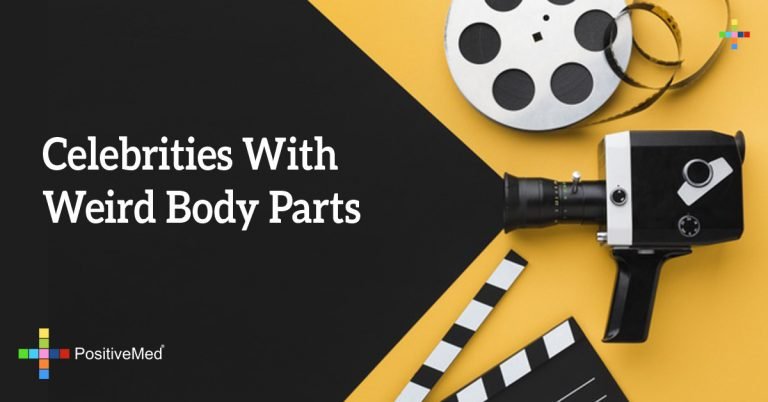 Celebrities are sometimes hiding a few, well more than a few, flaws. You might be surprised to find out what stars are hiding ‘deformities’ under all that glamour and styling.

Here are some shocking examples of celebrities with weird body parts:

Supermodel Karolina Kurkova
She was born without a belly button and editors often digitally add one to her photos before they’re published, but she still walks proudly down the runway.

Andy Garcia
He was born with an undeveloped conjoined twin about the size of a tennis ball on one of his shoulders. It was removed but he still has a scar to remind him.

Mathew Perry
He is missing the tip of his right hand’s middle finger, he got it stuck in a door when he was a kid.

Kate Hudson, Halle Berry, and Oprah Winfrey
These lovely ladies each have a sixth toe.

There are a handful of celebrities who have an extra nipple: Lily Allen, Tilda Swinton, Carrie Underwood, and Mark Wahlberg all have a third nipple. One Direction singer Harry Styles has Four nipples!!!

Jennifer Garner
She has an overlapping pinky toe, also known as brachymetatarsia.

One of he sexiest black men broke his pinky in a basketball game when he was a kid and it never recovered. Surprisingly he never fixed it with surgery.

Kate Hudson and Mila Kunis
They both have Heterochromia Iridium, which means their eyes are different colors. In Kate’s case one eye is grey and the other eye is blue!

Megan Fox
She has clubbed thumbs (the condition is called brachydactyly). They’re short and wide at the nail, she has called them, “weird and … very fat.”

Daryl Hannah
She is missing the tip of her left hand’s index finger. She had an accident involving a water-well pulley when she was just 3, and has worn a prosthetic finger in some movies. Hannah explained, “I got my finger stuck in the pulley of a well at my grandmother’s house when I was three, onscreen it’s almost always hidden behind gloves, coats, guns, etc.”

Vince Vaughn
He is missing the tip of his right thumb, he lost it in a car accident.

We understand that celebrities are real people and they have real flaws, needs, desires, and feelings just like the rest of us, and if you look beyond the surface you’ll likely find that you have much more in common with celebrities than you may think.