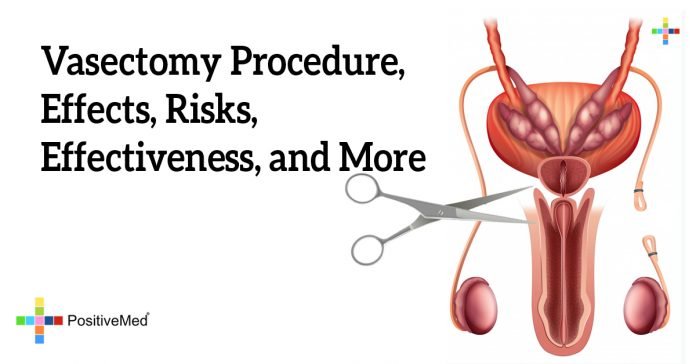 Considering a vasectomy can be a daunting event. Many men consider it emasculating or worry it will affect their physical performance. This article can help shed some light on the situation with answers to some of the more commonly asked questions about the procedure.

A vasectomy is a safe, effective method of birth control for men. During an outpatient surgery, the tubes that carry sperm (vas deferens) are clamped, cut, or sealed in another way. This prevents from new sperm from being ejaculated, thus creating sterilization.

However, it should be noted that vasectomies do not take effect right away. After the vas deferens has been cut, active sperm stays within the tube and it can take several months for them to be reabsorbed or ejaculated by the body and can still get someone pregnant. A wait period of at least three months, and at least twenty ejaculations, is necessary to be rid of the remaining sperm. There was even a study that reported after 12 weeks, or twenty ejaculations, only about 60 % of men had zero sperm counts. To be certain you’re sterile, your doctor will ask you to take a sperm-count at three months and another every few weeks afterwards until sperm has been cleared from the ejaculate. Until such time, it is important to use alternate birth control.

Complications from vasectomies are rare and include bruising, bleeding from the scrotum, swelling, blood in the semen, or infection near the incision point. In some rare cases, sperm can leak from the vas deferens and form a clump called a “granuloma” that can require medical intervention either through medication or surgery.

Some other side effects can involve a risk for pregnancy, if the vas deferens spontaneously reconnects, or inflammation of the epididymis. Having a vasectomy will not increase your risk for heart disease or dementia, though some reports suggest having regular prostate screenings after the surgery to prevent prostate cancer. To be honest, you should be having those screenings, anyway.

Recovery times vary, but most men are able to return to work within three days and can resume physical activity such as working out and running within a week. It is common for some minor discomfort or mild swelling to occur, which can remain for up to two weeks after surgery.

Luckily, interest in lovemaking, the ability to develop or maintain erections, or ejaculate will be unchanged post-recovery. The satisfactions you experience will be the same as before the procedure, though some soreness may occur in the testes when $e*[email protected] aroused during the first few months. The taste, consistency, volume, and color of ejaculate will remain unchanged – the only difference would be that it does not carry active semen.

If you decide you are ready to conceive, vasectomies can be reversed. The vas deferens will be reconnected and sperm allowed to enter ejaculate again. Success rates vary due to many factors, mostly due to the state of the vas deferens.

Both procedures are relatively low-cost ($350-$1000 USD) and are even covered, at least partially, by most health insurance companies. Vasectomies are 99 % effective with only one or two women in a thousand becoming pregnant post-op without reversal.