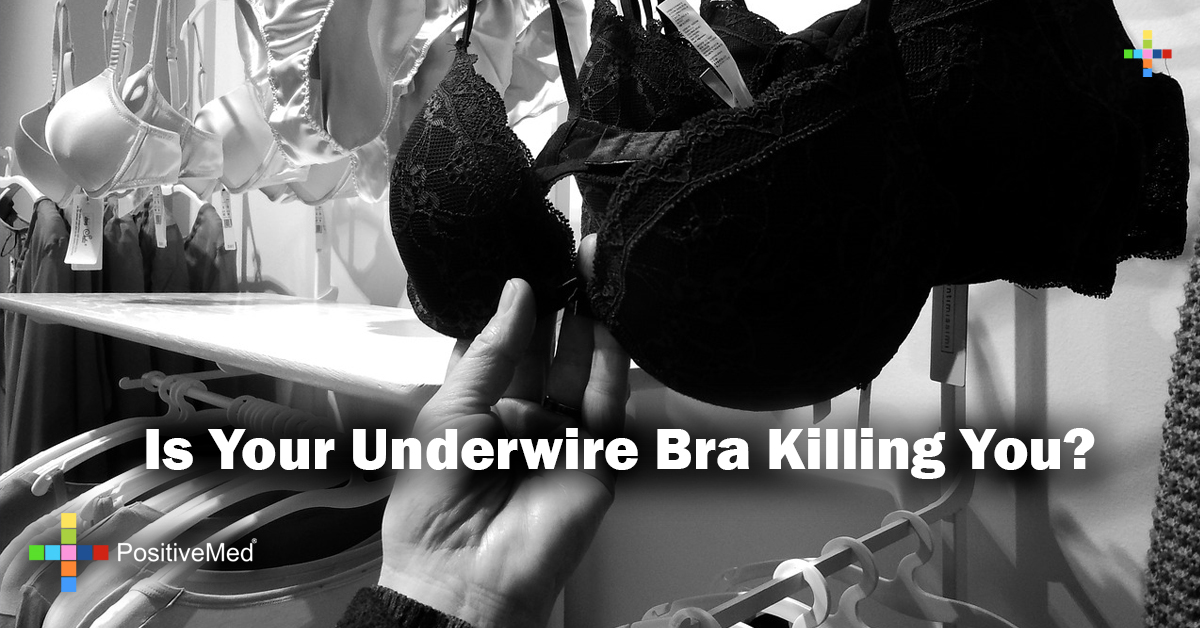 Is Your Underwire Bra Killing You?

There is a lot of misinformation out there, from media outlets and internet postings to entire movements about being bra-free. Most of them say that people shouldn’t’ wear bras 24/7, that we’re not meant to. All of these sources, and more, contain rumors about the potential dangers of antiperspirants and underwire bras. There are even some that warn wearing a bra at night could cause breast cancer. These concerns stem mostly from two points:

– Antiperspirant ingredients are absorbed through the skin, either toxifying the body and/or disallowing the release of toxins when you sweat thus cause these toxins to build up in the breast tissue.

However, there is a significant lack of evidence to support either of these two claims.

Even the most clogging, clinical antiperspirant doesn’t block ALL perspiration from secreting from the armpit. Most cancer-causing substances are removed from your system by the kidneys and liver or released through the urine. Even if it did stop sweating completely from the armpit, there’s not only other places for it to be released, sweating isn’t a significant way for the body to release toxins. Yes, there are some concerns about the chemicals contained in the antiperspirants like parabens and phthalates which are used for fragrance and preservation. However, these chemicals are unlikely to cause cancer.

Similarly, underwire bras do not cause breast cancer. There has only been one scientific study that has looked into a possible link between underwires and breast cancer and there was no difference between women who wore bras and those who didn’t. That being said, being overweight does increase the risk for breast cancer and those who are overweight tend to have larger breasts. Women who forego bras tend to be smaller chested and carry less body weight, overall.

There are some sources who claim that too tight bras increase chances of breast cancer, as though your breast tissue is coal and breast cancer is the diamond just waiting to happen with enough heat and pressure. The obvious solution to this sort of problem, if it even exists, is to properly measure one’s own band and mammary size, then wear the corresponding size accordingly. For that matter, you should do that, anyway. It’s life-changing. It doesn’t seem like it would be, such a simple thing, but it really makes a difference. You’ll have better posture, less back pain, no more “four boob” problems or falling out. (For more information about sizing yourself for a correct bra, click here🙂

According to the Scientific American, these ideas have been circulating since the late 1960’s, that’s how pervasive these rumors and stories are. This legend was encouraged and widely spread again by the book, “Dressed to Kill: The Link Between Bras and Breast Cancer,” by Soma Grismaijer and Sydney Singer. Somewhat hilariously, the authors claimed to have surveyed 4700 women and that “100% of women with breast cancer wear bras.” Luckily, it’s just not true.

Know the facts, take care of your health, wear a bra that fits you, and be smart in your deodorant choices.