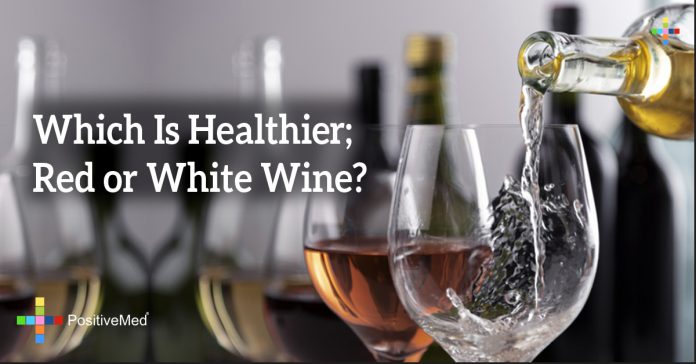 We’ve all heard the hype around red wine being heart-healthy and fun. The alcohol and the antioxidants such as resveratrol, flavonoids, and polyphenols have been proven to increase the levels of good (HDL) cholesterol and prevent artery damage. They also have antioxidants which reduce the effects of free radicals and defend against disease.

Studies from the ’90s indicated that the high wine consumption in France could partially be responsible for the low rates of cardiovascular disease in that country, despite the high intake of saturated fat. Later clinical studies showed that while wine doesn’t cancel out all of the effects, all of those antioxidants are still good to have. However, all alcohol has been shown to have positive health benefits, as ethanol is a key ingredient that helps the heart.

The reason why red wine gets so much credit – though no research proves that it is superior to white – is that it contains some of the strongest antioxidant compounds found in nature. Other than the polyphenols, phenolic acids, flavonoids, and other compounds that I mentioned earlier, it’s resveratrol that’s the rockstar. Resveratrol is a chemical that has been shown to hold great promise in the fight against heart and brain damage, reversing harmful conditions, and reducing inflammation. These compounds are found in the skins of grapes which appear more often in red wine than white as red wine grapes stay intact with their skins for longer during the winemaking process. Thus, most published research shows that that when you want to prevent stroke, heart disease, diabetes, and colon cancer – red wine is the beverage of choice.

White wines are made of white grapes, not a surprise, and are made without seeds or, typically, the skins. After the skins are removed, yeast is added to ferment the juice. White wines tend to be crisp, light, with a fruity flavor and pleasant aroma. White wines are also rich in antioxidants. Both American and European lab studies have shown the polyphenols contained in red and white grapes are equally high in antioxidants and some have even shown that white wine might actually be more effective in lowering free radical activity as well as lowering cholesterol.

However, white wine does lack the chemical resveratrol. The effects of resveratrol requires further study, but it may prevent cancer cell growth including breast cancer. It can also protect fatty deposits from happening on the artery walls. As red wines are fermented for longer periods, and with their skins, red wine contains more resveratrol.

The health benefits of wine can be cancelled out if consumed too heavily. The average recommendation is two drinks per day, though some say one for women and two for men saying the differences in physiology and alcohol metabolism rates are cause for concern. Unfortunately, most women will have a higher concentration of alcohol in their blood from less alcohol than the men they drink with. That being said, non-drinkers are not encouraged to pick up the habit.

Which Is Healthier; Red or White Wine?