PositiveMed The Positive Side of Medicine
Home Facts Diverticulosis 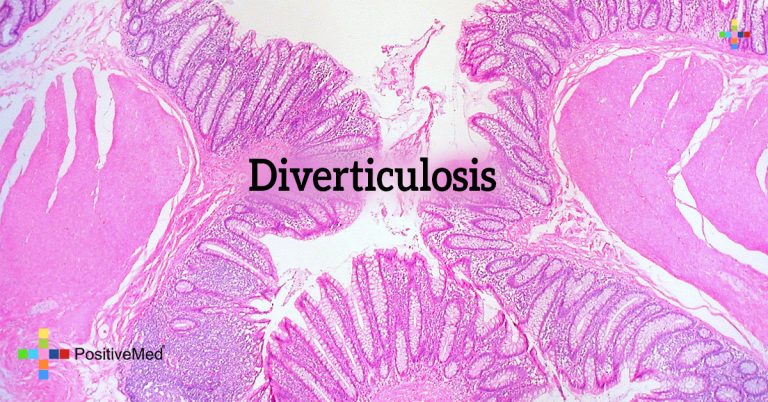 Those with diverticulosis, or bulges in the colon, typically don’t suffer from any noticeable ill effects and often are unaware they have the condition. The symptoms of diverticulitis (inflammation of those bulges) are more apparent and include a low fever, chills, diarrhea, tenderness, pain, and abdominal distention in the lower left of the abdominal quadrant.

Diverticulosis tends to form when the muscles of the gastrointestinal tract often have to pass hard stool through the colon, which causes pressure to build and push out the walls of the intestine. As the human body ages, the outer layer of the intestine thickens, causing the space within the colon to narrow which causes an increase in pressure and for stool to move more slowly.

Diverticulosis is actually a very common issue and most never know they even have it. According to WebMD, half of those older than sixty have diverticula, however only 10-25 % of them will later go on to develop diverticulitis. This is mostly due to the fact that diverticulitis tends to develop when the diverticula (egress in intestinal wall) that are blocked with waste then become inflamed. This action has a tendency to lead to perforation of the bowel wall and infection.

When this perforation occurs, there is sometimes bleeding and this can cause blood to appear in your stool. This is usually painless and the issue will often go away on its own. In rare cases, the bleeding becomes problematic and requires a doctor’s intervention as well as surgery. If you’re experiencing bleeding, contact your doctor right away. There are several types of bacteria and mucus in your intestinal tract and if some goes into your bloodstream there can be serious complications.

One way to prevent this from happening in the first place is to consume more fiber. A diet low in fiber creates hard stools which are difficult to pass leading to constipation, which tends to result in straining during bowel movements. This creates the increased pressure we were discussing before inside the colon and can form diverticula. More fiber means easier bowel movements, which means less chances for diverticula to form.

Fiber is found in fruits, vegetables, legumes (dried beans, peas, and lentils), and whole grains. Make smart food choices including brown rice and whole wheat pasta in place of the regular version. Add extra veggies to your favorite dishes — either inside of them as added ingredients such as in stews and spaghetti sauce, or as side dishes. Replace those french fries with a side salad. Try not to overdo meats and cheeses as well as processed foods as they can ‘gum up the works’ so to speak. Remember, the NFC (National Fiber Council) recommends getting thirty-two grams of fiber each day and over 90 % of people aren’t getting that. In fact, according to Columbia University Institute of Human Nutrition, the average American barely consumes half of the recommended amount of fiber needed per day.