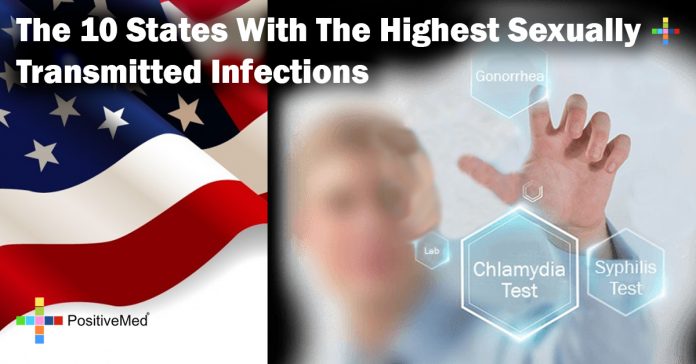 The 10 States With The Highest $exually Transmitted Infections

$exually Transmitted Infections (STIs or STDs) are a serious global issue. Every day more than 1 million people get a $exually transmitted infection (STI). That’s 1 million people every day, more than the population of Bahamas, Iceland and Maldives combined! Within a year, more than 500 million people acquire one of these 4 STIs: chlamydia, gonorrhoea, syphilis and trichomoniasis.

The United States has the highest rate of STIs of any developed country in the world: It’s estimated that more than 19 million people get STI in the US every year.

Chlamydia is a sexually transmitted disease (STD) that is common in most of the world. For example, 2.2 million US citizens ages 14-39 are currently infected with chlamydia and most of these people are not aware of their disease. Although chlamydia affects both men and women, 75% of women and 50% of men are not aware that they have the disease because they are not symptomatic.

Also 50% of women with gonorrhoea have no obvious signs and symptoms. If left untreated, conditions like these can cause serious health problems and even lead to infertility.

Syphilis also affects mostly young people from 20 to 39 years of age. However, men suffer 1.5 times more of syphilis than women. The majority of people infected with syphilis are from the Southern states of U.S.

Trichomoniasis, or trish, is a disease caused by an infectious parasite. It is the most treatable STD in the United States and is easily treatable with antibiotics. Unfortunately, the majority of patients don’t have any signs and symptoms and they fail to receive proper treatment. The symptoms of this disease are itching and burning sensations in the genital areas which may be accompanied by fluid discharges.

This infographic shows which states have the most rate of STIs. Mississippi is #1 in chlamydia and gonorrhea, followed by Louisiana.