PositiveMed The Positive Side of Medicine
Home health psychology How Many Basic Emotions Are There? 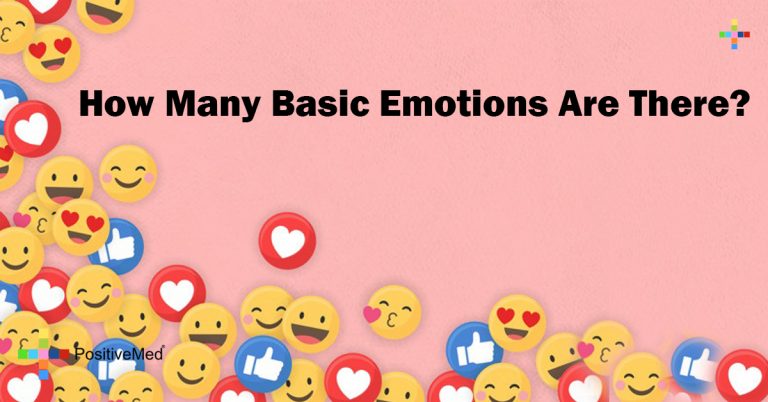 How Many Basic Emotions Are There?

Most of us have been taught the 6 basic emotions, but according to new research conducted by the University of Glasgow, UK, there may be only 4 of them. The 6 basic emotions included anger, fear, surprise, disgust, happiness, and sadness, which have now been challenged.

Dr. Paul Ekman was first to identify the universally-accepted basic 6 emotions which involve facial expressions by which you can express moods without language.
Scientists at Glasgow explain that by examining muscle movement in the face while expressing emotion we can combine fear and surprise together as these emotions involve a common signal. They share wide eyes which shows one basic emotion.
Anger and disgust also share a common signal, wrinkling of the nose so they can be counted as one emotion.

This does not mean anger and disgust do not exist as separate different emotions.
Per lead researcher Dr. Rachael Jack, their results are consistent with evolutionary predictions that biological and social evolutionary pressures design signals to optimize function.
While concluding their research the researchers made use of special techniques and software to synthesize facial expressions developed at the university for this purpose.

It was found that anger and disgust can easily be seen after evolvement of facial emotion. This formation of facial emotion takes a fraction of second to develop. The theory involves 4 biologically basic emotions which are anger, fear, happiness, and sadness which lead to formation of complex emotions as we develop. The research limits the basic emotions from 6 to 4 making it less complex.

Via the researching team at the Institute of Neuroscience and Psychology, more basic signals of danger could be represented by early signals. When compared the facial expressions of happiness and sadness are visibly distinct at all ages. Research also showed that all the facial muscles do not appear when facial expressions are made, they form over time by supporting a hierarchical biologically-basic to socially-specific information over time.

The Generative Face Grammar makes use of cameras to capture 3D pictures of individuals who have been trained to activate all 42 facial muscles independently. From these images a computer can develop random or specific facial expressions on a 3D model based on different muscles which are activated as researchers referred to them. Volunteers are then asked to observe and comment on the realistic model. During this process researchers observed that signals for fear/surprise and anger/disgust were confused at the initial stage of transmission and developed clearly later.
The researchers conducted the study by being aware of facial expressions from different cultures. East Asians interpret the classic 6 emotions differently, emphasizing eye signals more than mouth movement compared to Westerners.

The study leaves us with 4 basic emotions: