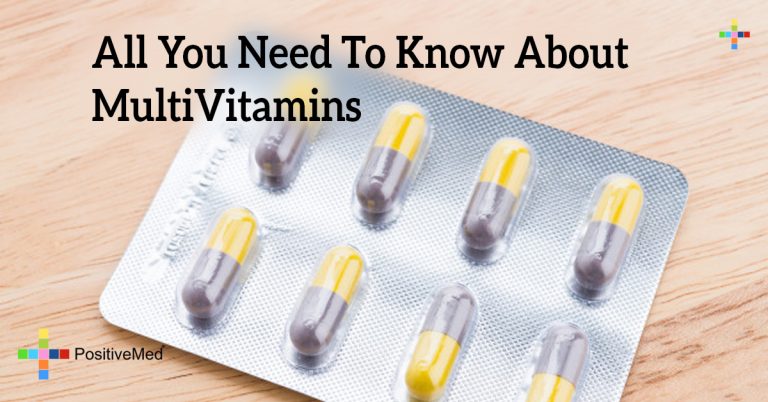 All You Need To Know About MultiVitamins

Should healthy adults be taking a daily multivitamin at all? If you believe the latest research, the answer is no.

The first thing to acknowledge is that, for the most part, Americans are not deficient in vitamins. A recent CDC survey found that we’re sufficiently nourished in essential nutrients like vitamins A, D, and folate. Even though we aren’t deficient, that doesn’t necessarily mean that our vitamin levels are optimal. The question is, how important are optimal levels?

“… Get your nutrients through your food. Through the millennia, that’s what the case was and we survived as a species — in fact, we thrived,” says Alice Lichtenstein, DSc, senior scientist and director of the Cardiovascular Nutrition Laboratory at the Jean Mayer U.S. Department of Agriculture (USDA) Human Nutrition Research Center on Aging at Tufts University and the author of a position paper on the usefulness of multivitamins. “To assume that we suddenly have lost this ability doesn’t quite make sense.”

While whole foods are a good source of nutrients, many public health researchers actually credit processed, packaged foods that have been fortified with vitamins for the nutrient-rich American diet. “Most people, if they are eating a generally healthy diet; not a perfect diet, but a generally healthy diet, don’t need a multivitamin,” says Katherine Zeratsky, a registered dietician at the Mayo Clinic. “With things like breakfast cereals, nutrition bars, fortified grains, and bread, because all those foods are fortified with other minerals, we are getting more than we realize and more than we need.”

That doesn’t just make a multivitamin simply redundant, it could make it dangerous: a large surplus of supplemental folate may have an adverse effect on colon cancer and other research has also found a relationship between folic acid supplements and prostate and breast cancers. Liechtenstein adds that an overabundance of vitamin A, to levels of toxicity, can manifest in accelerated bone loss.

What’s more, a longitudinal study of those who took multivitamins and those who did not found that taking a regular multivitamin was actually associated with a shorter overall life expectancy. Critics of the study suggested that a bias may exist, namely, that people who take a multivitamin may be doing so in response to overall health problems that reduce their life spans.
Although, the profile of the average multivitamin user is this: a middle-aged woman who eats healthfully and exercises and has an above-average education level. “The population who takes them is most often the population who is least likely to need them,” she says.

There are people however, who can benefit from a multivitamin or certain supplements. One example is those of childbearing age, especially when trying to become pregnant, who should ensure that they get enough folate to prevent birth defects like spina-bifida. Additionally, people who are going through or have gone through menopause might need a boost in certain nutrients, and those on specialized diets that are lacking in nutrition might also benefit. As it’s so highly individualized, a supplement regime should be planned with a doctor.

Still, there remains no evidence that multivitamins are useful to overall or long-term health, and some, albeit inconclusive, evidence that they are harmful.

If you are going to take a multivitamin, it won’t necessarily hurt you. To ensure purity, we recommend looking for a brand that has been certified by a third party testing agency, like U.S. Pharmacopeial. Since vitamins and supplements are not regulated at the same level as food, it’s important to know the source of what you’re taking.