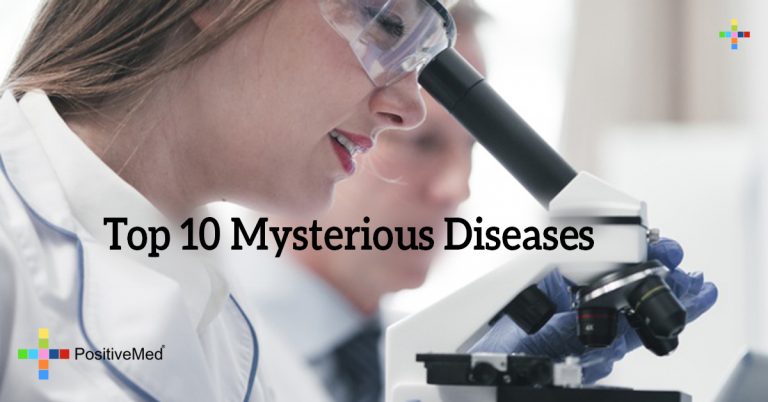 PositiveMed regularly publishes articles on various diseases. mysterious diseases – There are millions of known diseases, most of them are treatable by science through discovering possible cures. Many years of research and hard work has found causes and cures for many, however there are still some diseases that can’t be explained by science. Here is a list of 10 of them:

1. Multiple Chemical Sensitivity
MCS is a modern disease characterized by abnormal reactions to low levels of modern chemicals. Scientists believe that substances like synthetic fibers and petroleum products are possible causes for this disease. Tests show that people do not react to actual chemicals, they react when they believe the triggering substance is around them.

3. Sleeping sickness
With this disease people complain of sore throat which escalates and can turn into madness, the body ultimately locks up, the sufferers appear to be asleep but are not. Many died in the frozen body state, those who survive suffer from behavioral problems for the rest of their life.

4. Progressive Multifocal Leukoencephalopathy (PML)
PML is a brain disorder which leads to destruction of myelin (an oily substance that protects nerve cells from damaged). Its caused by JC virus, named for the initials of the first person to suffer from this disease.

5. Morgellons Disease
Morgellons disease is a skin disease characterized by symptoms of biting, crawling, and stinging sensations, it includes rashes and lesions on the skin. Most doctors and dermatologists believe this disease will have an explanation in the future but right now is an unknown medical mystery.

6. Dercum’s Disease
This is a rare disorder characterized by symptoms of multiple and painful growth of fatty tissues (lipomas). The tissue growth usually happens in the upper arms and legs. This disease is painful and the cause is still unknown.

8. Neuromyelitis Optica
Also known as Devic’s disease, NMO is a chronic nerve tissue disorder associated with inflammation in the optic nerve and spinal cord. In its early stages this disease may look like multiple sclerosis, however in later stages it is much more dangerous. Scientists have not been able to figure out the exact cause of this disease.

9. Exploding Head Syndrome
This is an uncommon disorder in which the sufferer feels as if loud noises are coming from within the person’s head. This can happen in complete silence. It can make the person experience noises like explosions, roar of a lion, or loud ringing voices. These noises usually start after the person sleeps for a few hours.

10. Landau-Kleffner Syndrome
This is a chronic syndrome associated with loss of comprehension ability and lack of ability to express themselves verbally. In the early stages people often confuse this disease with ADHD, however its much more dangerous. Studies find this disease is associated with unusual electro-encephalic findings that in most cases lead to seizures.