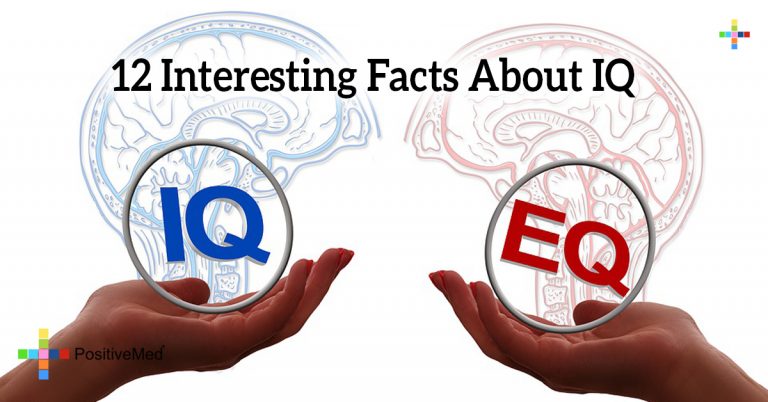 IQ stands for Intelligence Quotient, it was derived from the German phrase intelligenz-quotient which was originally coined by psychologist William Stern. It signifies the level of intelligence and ability to learn based on standardized tests. Here are some interesting IQ facts:

2. Birth Order does not affect IQ
We sometimes hear that the eldest children in a family are the smartest and have the highest IQ, this is a myth. IQ is not dependent on birth order but on genetics, gender, age, personality, family size, and parental age.

4. IQ is related with simple abilities and head size
It’s been discovered that those who with lower IQ have a less efficient nervous system than those with higher. No one with measurable IQ will face difficulty deciding the length of two lines as to which is longer, however a person with IQ of 70 will take more time to do it.

5. Anyone with an IQ over 115 can do any job
A simple task can be performed by those with lower or higher IQ’s, performance depends on IQ level. A person with a lower IQ may find it stressful to perform complex jobs. An IQ above 115 means you can do any job without restrictions and difficulties.

6.IQ varies between sexes
Studies have been conducted to compare IQ levels of men and women that found there is slight difference between male and female IQ scores, men tend to score higher in some sections like spatial awareness, while women tend to score higher on language development and emotional quotient. There are slight variance but their overall intelligence is the same.

7. Higher IQ means higher confidence
Studies show those with higher IQ scores are likely to be more confident than those with lower ones. Those who are aware of their high IQ tend to push themselves to match expectations.

8. IQ is affected by environmental factors
A person’s environment can affect their IQ. Environment involves nutrition, socio-economic status, stress, mood, and attitude towards life. Scientists have found that education may affect IQ. Students studying at financially stable schools are likely to have higher IQ’s than those in poorly funded schools.

9. Creativity is linked to IQ
Dr. Scott Kaufman says creativity potential can be measured by IQ tests. Creativity involves thoughtful reasoning, innovative ideas, pattern detection, and learning, all of which are measured through IQ testing. The higher the IQ score, the more creative you are.

11. IQ tests are culturally and ethnically biased
One of the main criticisms of IQ tests is that they show ethnic and cultural bias. IQ tests lack sensitivity to different cultures and religions, especially between Eastern and Western culture. It does not consider lifestyle, values, or other common traits.