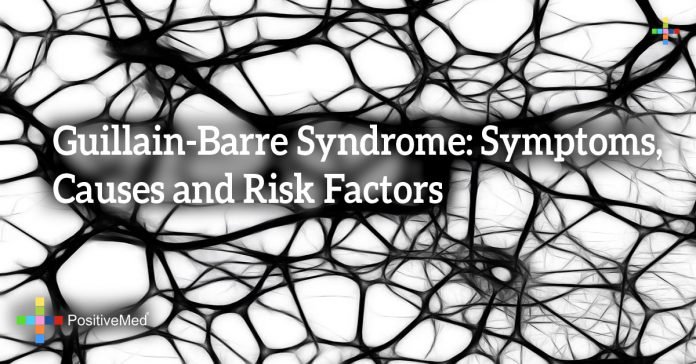 Guillain-Barré Syndrome is a set of clinical syndromes characterized by acute inflammation in the nerve pathways. The nerves become damaged and have difficulties sending nerve impulses through the body. The syndrome is named after the French physicians Georges Guillain and Jean Alexandre Barre who described it around 1917. It can cause paralysis of the limbs, absence of reflex in extremities, and motor and sensory deficits and is defined as an autoimmune disease. The causes of this condition are still unknown, it can be visible at any age, usually between 30 – 50 years old. The prognosis is usually good, most people having minimal deficits or showing a complete recovery after 1 year of starting treatment. It can cause life-threatening situations, even death if respiratory muscles are affected, if the autonomic nervous system is affected, breathing, heart beat, and temperature, this can be a serious disease. It usually reaches its peak 2-4 weeks after onset of symptoms.

There are some predisposing conditions include viral and bacterial infections such as Epstein-Barr virus, pneumonia, dengue fever, or post-surgery. There have been some cases of this syndrome following influenza virus infections. It is more frequent in other autoimmune diseases such as AIDS, herpes, or mononucleosis.

This condition is usually aggressive and evolves quickly. It can take only a few hours to be in a critical state, however it is much more common that the weakness increases over days. Muscle fatigue and weakness, paralysis, or loss of muscular function can affect both sides of the body. In most cases muscular weakness will start in the legs moving to the arms. People may note a tickling sensation or pain in legs or hands. If the inflammation reaches the autonomic nervous pathways going through the abdomen and thorax the person could need respiratory assistance.

Loss of reflexes in arms and legs

Hypotension that can lead to fainting

Muscular weakness in legs and arms at same time, can become worse quickly

If you experience any of the following symptoms call 911 immediately:

If there is a history of recent viral or bacterial disease or evident signs of muscle weakness and paralysis are risk factors that you could have Guillian-Barré Syndrome. A medical exam will asses and monitor blood pressure, cardiac frequency, involuntary or autonomic functions, and assess your reflexes. Several lab tests can also determine if this syndrome is present.