PositiveMed The Positive Side of Medicine
Home health Salmonella Infection 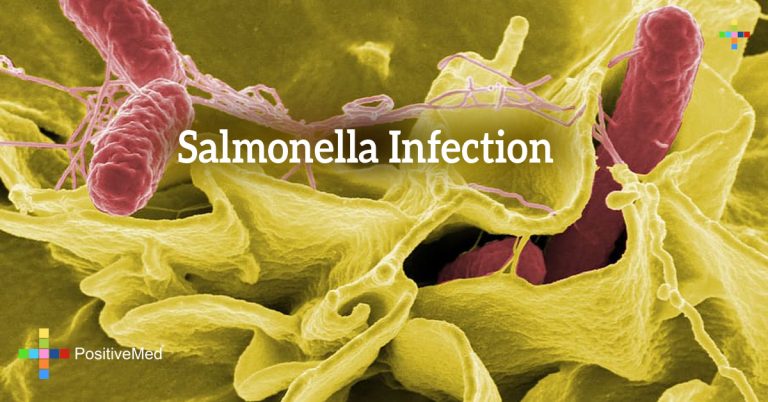 Most of us are peripherally aware of salmonella and poisoning by it, but what is it, specifically?

Salmonella is a genus of rod-shaped, non-spore forming bacterium that can transfer from animals to humans, and vice versa. They can cause illnesses such as food poisoning, typhoid fever, and paratyphoid fever – though the latter are more popular in developing countries. Many infections are caused by ingesting contaminated food.

Most persons infected with Salmonella develop diarrhea, fever, and abdominal cramps 12 to 72 hours after infection. The illness usually lasts 4 to 7 days, and most persons recover without treatment. In some victims the diarrhea may be so severe that the patient needs to be hospitalized. When this happens the Salmonella infection may spread from the intestines to the blood stream, then to other body sites and can cause death unless the person is treated promptly with antibiotics. The elderly, infants, and those with impaired immune systems are more likely to have a severe illness. (quote CDC website, http://www.cdc.gov/salmonella/general/)

Foods that can cause salmonella poisoning include raw eggs, raw meat – including beef, chicken, and seafood – and fruits and vegetables. Fruits and vegetables can become contaminated if they’re watered or washed with salmonella-infected water or in the kitchen, if they come into contact with juices from raw meat and poultry. While raw eggs are used in hollandaise sauce and mayonnaise, they can also be infected before they’re even laid from the chicken being a carrier.

Foods can also be contaminated from being prepared by people who do not wash their hands thoroughly after using the bathroom or changing a diaper. Infection can also occur after touching an animal that is infected, particularly reptiles and birds, and then either preparing food or putting your hand in your mouth.

People in the food industry who return to work before the infection completely leaves their system can continue to spread the disease. Some people who get salmonella infection become chronic carriers, meaning they continue to excrete the bacteria in their feces or,rarely, urine, for a year or more after their signs and symptoms clear up. Some carriers can pass Salmonella infection without having signs or symptoms of the disease. An excellent example of this type of person is the infamous Typhoid Mary, though it is debatable whether her poisonings were accidental or intended.

Activities that can expose you to salmonella are owning a reptile or bird, international travel – especially to developing countries or other places that have poor sanitation and/or high traffic such as submarines and cruise ships. Another risky situation for salmonella poisoning is group housing, like college dorms or nursing homes. Food prepared in institutions and even some restaurants use large amounts of ground meat or unshelled eggs that have been gathered from many different sources. In this case, one bad apple really does spoil the whole bunch.

Salmonella infection usually isn’t life-threatening, however, in people with compromised immune systems some complications can arise. Bacteremia, if the salmonella infection infiltrates the blood stream, it can spread to tissues in the body, dehydration, and reactive arthritis are a couple of the issues that may arise in children, the elderly, those who are pregnant, and those infected with HIV, which may become dangerous.

Some cases of salmonella poisoning may require antibiotics, but most cases resolve on their own. Antacids and electrolyte consumption are recommended for the average infection, remembering to wash ones hands thoroughly at regular intervals as well as after using the bathroom and avoiding work, if you’re in the food industry, until the infection has passed.