Differences Between a Psychopath and a Sociopath 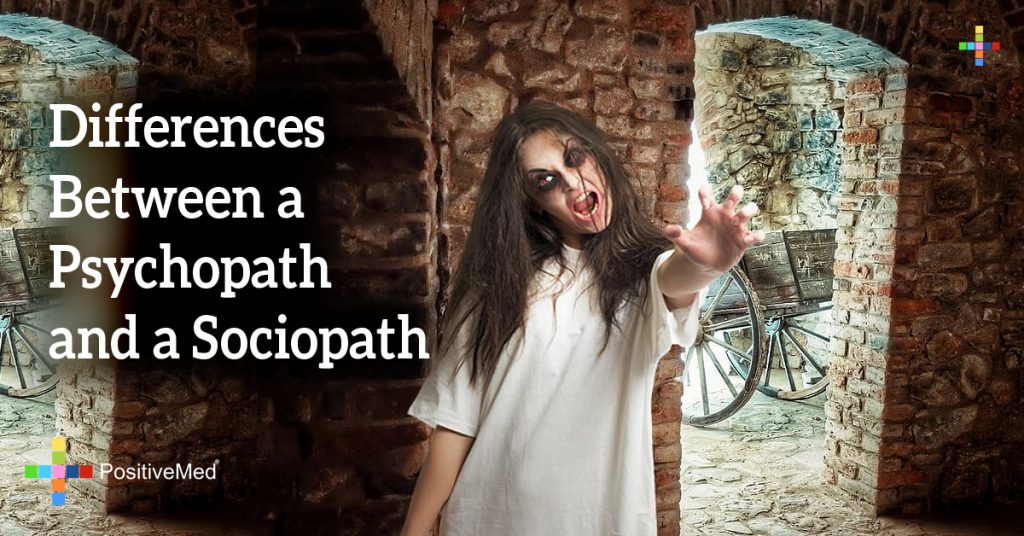 The victims of psychopath and a sociopath have profound emotional scars that not only affect their quality of life but if the victims are children the scars can be worse.

Many of us have seen at least one show that depicts the profile of a serial killer or psychopath, they make a profile from the traumatic childhood of the person to their sadistic crimes. According to experts, psychopaths during childhood behave differently than other people. They are at greater risk for criminal tendencies because of their effective imbalances, aggression or abuse, and lack of positive effect. They often show a lack of respect for rules and behave without inhibition, acting in a cruel and sadistic way toward others, including other children and animals.

Many with antisocial behaviors during childhood are the result of insufficient parental care, absent parents, or indifferent mothers, they fail in many aspects of socializing the children. In all cases, the children are rebellious toward this lack of attention and are frustrated because they see their abilities are not the same as other children, or that their parents are different.

Brain scanning techniques have demonstrated the brain of psychopaths of all ages show abnormal activities in some areas, they are prone to process social cues more slowly, express less fear toward punishment, and seem to have a tendency for looking to activities that stimulate the reward centers of the brain in a vigorous and constant way.

Psychopaths cannot empathize or feel guilty as other people, that’s the reason they cannot interact with others, they treat people as if they were objects, they use them to fulfill their objectives. It’s not that they are bad necessarily, not all psychopaths are serial killers or killers at all, but if they do anything for someone it will be for their own benefit.

Sociopathic behavior is a related psychiatric condition, in many cases, its confused with psychopathic behavior. Both define behavior that is non-social, apathetic, and with a fixation toward not assuming any role in society or not belonging to social groups, they think it’s about breaking the law and being beyond others.

One main characteristic of a sociopath is a pattern of violence. They tend to act impulsively, isolated from surroundings, they can even discriminate against others. This can happen from an early age and can have a significant incidence in adulthood. Not all sociopaths are criminals, and not all criminals are sociopaths.

Often there is a dual diagnosis of sociopathic tendencies in a psychopath for irrational behavior and lack of purpose, lack of conscience, and emotional void. These people are looking for strong emotions and show no fear. Punishment is often ineffective because their impulsivity has no limits. They do not fear the consequences of their acts. For a psychopath a human relationship doesn’t have any meaning, they are skillful manipulators and exploiters.

. They can behave in a sincere way that can fool others that they believe in the same common values, however, they often look to manipulate and use others. Psychopaths do not act in a subtle way, they use violence and direct means to intimidate or do what they want, they are not interested in manipulating too much, they prefer to impose, humiliate, or be cruel.

Sociopath and psychopath are similar in characteristics, both are classified as antisocial disorders. The primary difference is that sociopaths lose the notion of social norms, laws, or moral dilemmas. The main character is a transgression, lack of guilt, and lack of respect for life and property of others. They apply violence as a reaction and often come from an environment where violence is accepted and is the natural form of dealing with conflicts.

It’s not the same case with a psychopath, they use instrumental violence not reactive, this means violence is used to satisfy their objectives and desires, they can intimidate others, steal, perform $e*[email protected] assault or abuse. They do not strive to break laws, they don’t ignore laws, they feel superior enough to think they are above laws and above morals, which are just obstacles to their desires. A sociopath can identify that he acted wrongly, however for a psychopath its difficult to identify that their actions can harm others. A sociopath finds it difficult to empathize with others, a psychopath cannot develop empathy at all.

Not all psychopaths or sociopaths are cold, indifferent, and mysterious

, they can use social camouflage very well and be the perfect neighbor or partner, however, this manipulation is only intended to fulfill their objectives.

Differences Between a Psychopath and a Sociopath

PrevPrevious6 Ways to Increase Your Motivation at Work!
NextHealing On an Emotional LevelNext